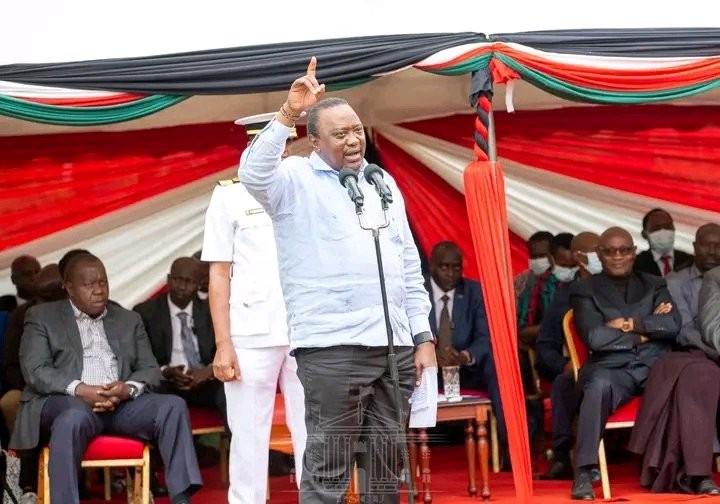 President Uhuru Kenyatta revealed that the Building Bridges Initiative (BBI), which dominated the first three years of his second mandate, was his biggest regret as head of state.

Uhuru stated that the BBI would have ensured an equitable distribution of resources by having the one man, one shilling formula institutionalized in the constitution when speaking on Sunday, August 7.

He further stated that the people of Mount Kenya would have benefited the most from the proposed constitutional amendment that the Supreme Court declared to be unconstitutional, null, and void.

"The BBI would have to be my worst regret. It is sad that the one man, one shilling won't have been realized by the time I retire "the Head of State did not. 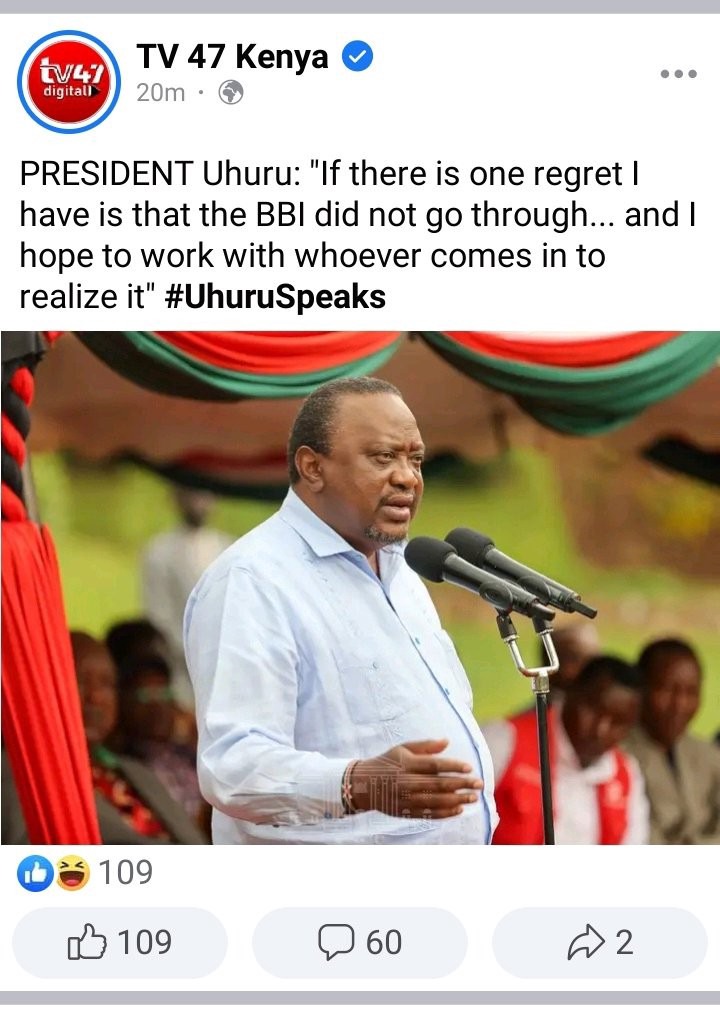 In addition, he expressed his disappointment that the country was not as united as he had hoped despite his efforts to broker peace during meetings with Deputy President William Ruto and former Premier Raila Dinga.

"Despite my efforts to pursue peace in the 2013 and 2018 elections, I regret that the country's unity has not yet been fully realized. Despite the criticism, I hope to work with the new government to unite everyone and improve, "He included.