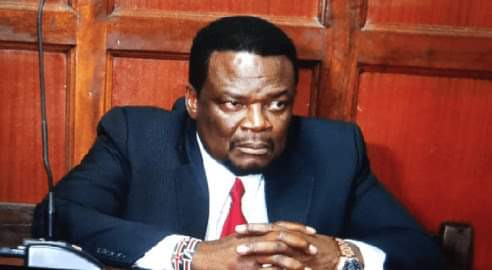 Waluke was released on Friday on a Sh10 million bail pending the hearing of his appeal of 67 years jail term or a Sh2 billion fine handed out by the Anti-Corruption over the National Cereals and Produce Board (NCPB) scandal.

He was also granted an alternative of Sh20 million with surety.

Bumula MP Jack Wanani lauded ttje court of Appeal pointing out that the release of Waluke was a great relief the people of Sirisia and Bungoma county.

"The release of my brother Hon John koyi Waluke is great news to residents of Sirisia constituency and Bungoma county. We keep the pursuit for an equal and just Kenya devoid of biasness in judicial prosecutions," Wanani said. 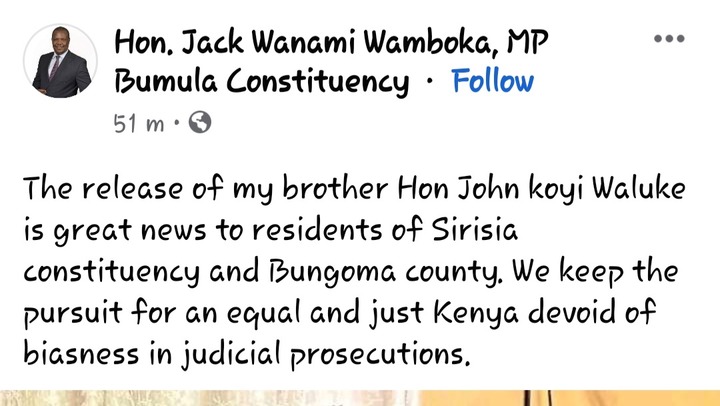 Hon. Wafula Wamunyinyi, who is seeking to succeed National Speaker Moses Wetangula also showed his gratitude to the court for the release.

According to Wamunyinyi, the 67 year jail term contravened his judicial and civil rights calling Azimio leaders to intervene for a better judgement on the appeal he has filed. 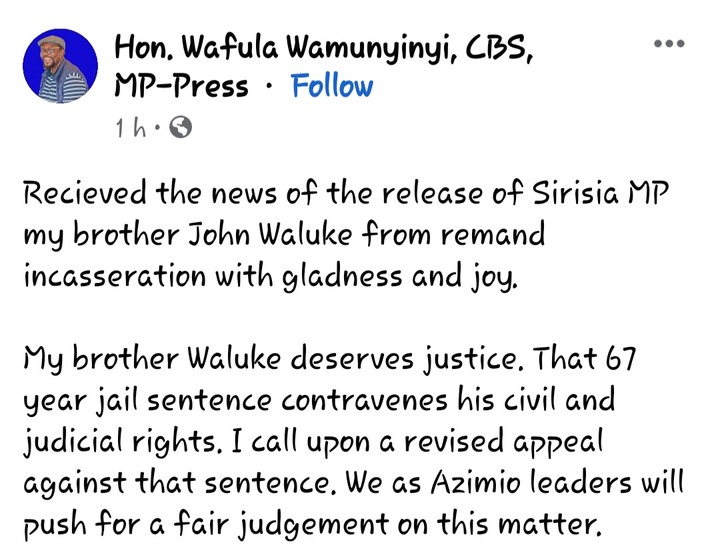 Waluke was jailed alongside Grace Wakhungu after they were convicted by the Anti-Corruption court for defrauding the NCPB Sh300 million.

After the conviction the two appealed at the High Court to challenge the decision. 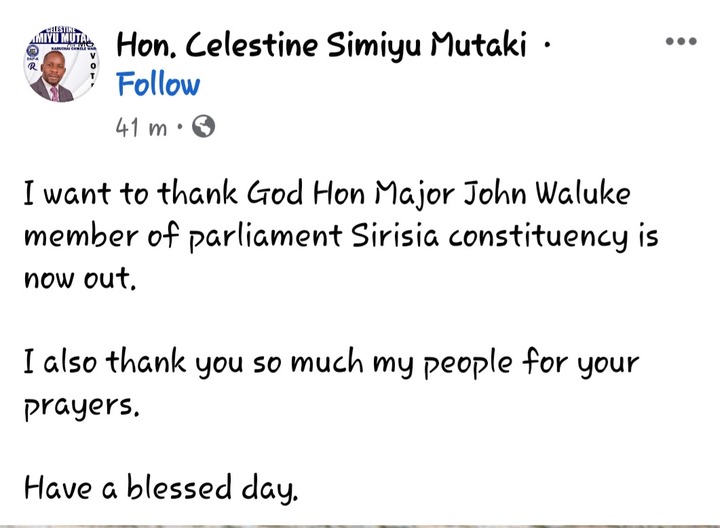