Does Uhuru Kenyatta Bring Pragmatism to the Search for World Peace?

By MauriceConsult (self media writer) | 3 months ago 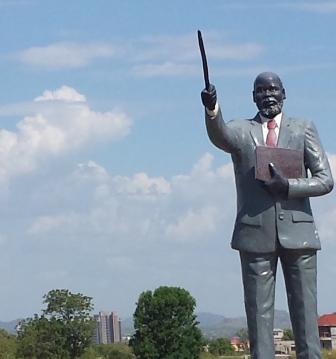 The highlight of Kenya's presidential assumption of the UN Security Council's (UNSC) monthly rotational presidency was this week's Uhuru Kenyatta's chairing of the Council's 'Peacebuilding and sustaining Peace: Diversity, state-building and the search for Peace.'

Uhuru Kenyatta's reign at the UNSC is expected to mirror his reign as the president, which started in 2013 - a time when the International Criminal Court sought to and eventually had, him indicted for crimes against humanity.

Uhuru Kenyatta, however, managed not only to overcome local and international pressure to drop his candidacy, but he went on to win the presidency. It is also notable that his running mate, William Ruto, also faced the ICC's indictment.

Uhuru worked hard to win the race. He made a deal that assured the running mate of appointing half of the cabinet. It is alleged that Kenyatta had to clear with the running mate before making a policy pronouncement. It was a sort of co-presidency arrangement.

After a successful first five-term term in the office, Uhuru ran a second successful campaign that granted him a second and final five-year term that is coming to a close in less than a year.

Soon after assuming office for the second term, Uhuru Kenyatta pulled another surprise by inviting the opposition into his government. An examination of his methods reveals a pragmatic and learning leader.

During his first term in office, for example, he was captured by media reports lamenting his inability to deal with corruption. It is also the time when he had control of half of the cabinet - with the other half allegedly being loyal to the vice president.

During his second term, with the opposition on his side, the government managed to win a handful of high-profile corruption cases.

This week, as he chaired the UNSC high profile meeting, the International Court of Justice, in a case that pitted Kenya and Somalia, ruled against Uhuru Kenyatta's country: Kenya is required to cede a portion of maritime space to Somalia.

The world is, therefore, watching to see the parallel between Kenyatta's presidency and his new hat as UNSC peace president.

Those who have studied his methods have learned to expect the unexpected. Kenyatta, though largely a rightist, is not the sort of a leader who is obsessed with the beaten path.

At the end of this month, you can be sure that there will be something to write about his work at the UNSC.

Content created and supplied by: MauriceConsult (via Opera News )