By Bossbaby (self media writer) | 2 months ago

Deputy Governor for Bungoma county, Ayub Savula have dismissed the claims that he plans to challenge Governor Fernandes Barasa in 2027 gubernatorial race. 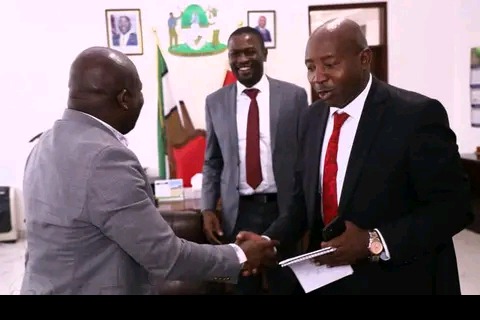 Speaking on Wednesday, Ayub Savula argued that he is still at 40 years and no need for him to rush. He said that he would support his boss, Fernandes Barasa to run for the second and final term as Governor for Bungoma county in 2027 elections.

The deputy Governor also vowed to follow Governor's directives and more so he pledged to cooperate with President William Ruto. He asserted that cooperating with the Executivel will propel them easily in 2027 re-election. He claimed that he not his deputy Governor but co- governor and he wants 50 percent control of Bungoma county. 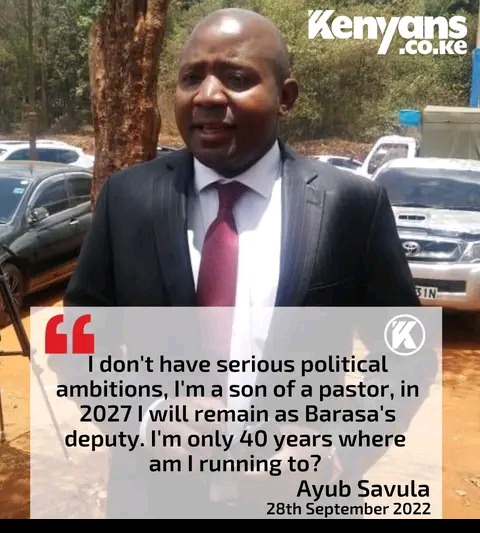 Let me quote Ayub Savula's statement :I don't have serious political ambitions, i am a son of a Pastor in 2027 I will remain Barasa's deputy. I am only 40 years where I am running to?

While in a morning cafe show organized by TV 47 Kenya verified facebook page, Farah Maalim who is one of the senior politician in the country has congratulated the head of state honourable William Ruto for appointing his loyalists into his executive team. Maalim expressed confidence that the new appointees will deliver their manifesto and thus they should be given adequate time to do their work.

While reflecting on the upcoming by-elections and the upcoming 2027 general election following the supreme court recommendations that IEBC needs to be reformed so that the next polls will be more credible and transparent. He commended that 2027 will be one of the competitive general elections in Kenya if Raila Odinga will shelve his presidential ambition in favour of Kalonzo Musyoka

Content created and supplied by: Bossbaby (via Opera News )