Havi has leaked the information why he quits ANC to UDA revealing the following about Mudavadi. 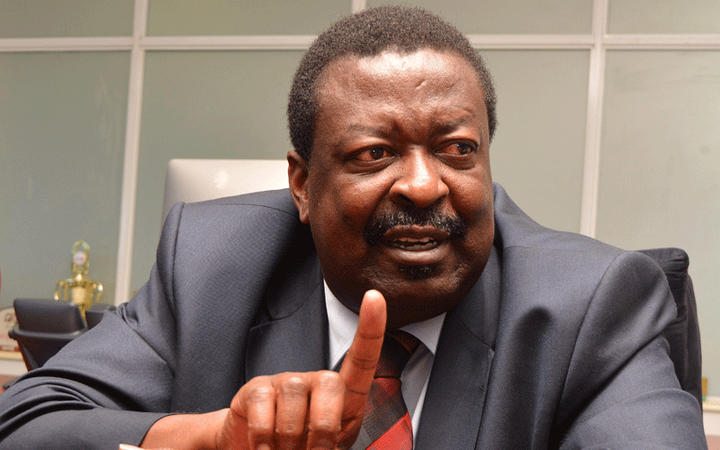 In his most recent bare knuckled attack on the man he refers to as his uncle and a principal in the Kenya Kwanza coalition to which he belongs. Nelson Havi, the immediate previous Law Society of Kenya (LSK) President called ANC leader Musalia Mudavadi "extremely slow" and lacking in leadership abilities.

Mr. Havi said that Mr. Mudavadi's lack of resolve is the reason he abandoned him in favor of Deputy President William Ruto. If elected Westlands MP in the general election on August 9, 2022, Mr. Havi promised to ensure that the two thirds gender rule is implemented in the first 12 months.

Mr. Havi previously belonged to Mudavadi's ANC party before deciding to join DP Ruto's UDA. The two parties together with Ford Kenya and other members of the Kenya Kwanza coalition are backing DP Ruto's campaign to succeed President Uhuru Kenyatta on the UDA ticket in the August elections.

Mr. Havi defined DP Ruto as a dynamic and driven leader who understands what he wants in contrast to his "uncle," who stands for a person lacking in leadership abilities and out of touch with reality. 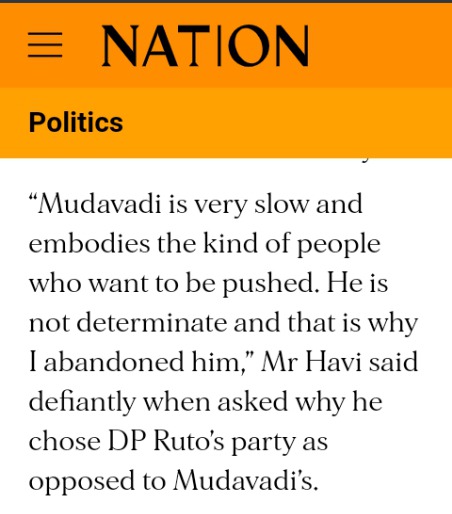 For the past 19 years, Mr. Havi has been a lawyer in courts of Kenya. Mr. Mudavadi and his group might not have taken his decision to leave the ANC lightly. As a result, Mudavadi's ANC may have sponsored Ms. Sylvia Mulama to run against Mr. Havi in the Westlands constituency perhaps splitting the Kenya Kwanza vote.

We No Longer Trust the IEBC, we Shall Announce Our Results from HNIB Tallying Center