By Bossholei (self media writer) | 2 months ago

The temperatures and tensions on political basis in the country are heating up with less than three months remaining for the August 9 general election. Most politians are seeking to be elected for the first time while others are seeking to be re-elected to the posts they are holding currently and also new posts.

The county of Nyamira will see a fierce contest between the incumbent governor Amos Nyaribo and former Kitutu Masaba MP Timothy Bosire. Both coming from the same coalition of Azimio-ONE Kenya Alliance.

Amos Nyaribo was sworn in to office after the death of their first governor Nyagarama in last year. He (Nyaribo) has been given a upper chance in the gubernatorial race as it has been shown by Mizani Africa on polls they conducted on 11th to 13th of May.

According to the polls, Amos Nyaribo would have retained his seat leading at 43.5% followed by Timothy Bosire at 27.2% at third place is George Momanyi at 13.2%. Nyambati Walter at 10.1% would have been fourth. 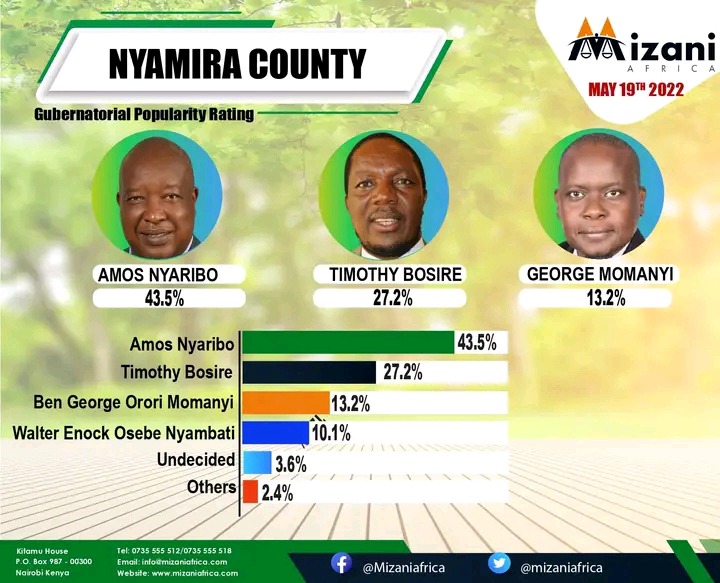 In the senatorial race the incumbent Okong'o Omogeni would have retained his seat leading at 42.5% followed by a far by Kennedy Esimba at 28.3% Adams Nyaribo would have been third at 18.3% and Sagwa Jared would have been fourth at 7.3%. 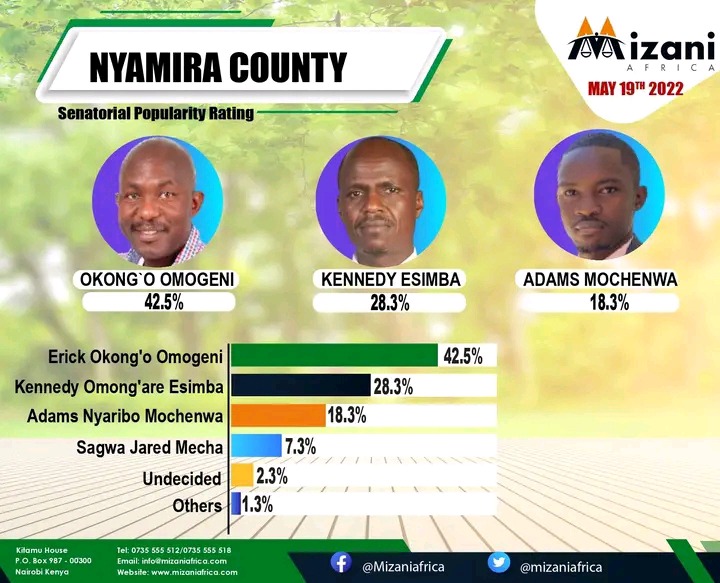 In the Women representative race Jerusha Momanyi is more popular and is the most preferred candidate leading at 41.5% followed closely by Emily Matoke at 39.5% Naomi Kemunto comes third at 14.8% with Josephine Omanwa coming fourth at 6.8%. 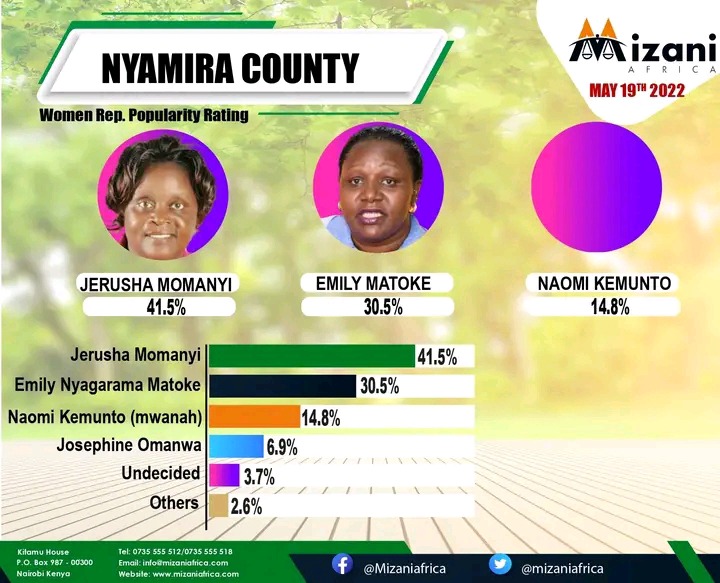