In his yet to be declared bid to replace Uhuru Kenyatta as President, ODM Party leader Raila Amollo Odinga on Saturday went on a charm offensive at the coastal town of Mombasa. Raila met delegates from 6 counties in the coastal region who overwhelming endorsed his yet to be declared presidential bid. As the ODM Party supremo keeps holding his declaration to contest close to his chest it's now apparent from his endorsement rallies that he's in the race.

This prompted the coastal delegates to charge Raila, among other things, " to foster the progress of the region when he gets into office". 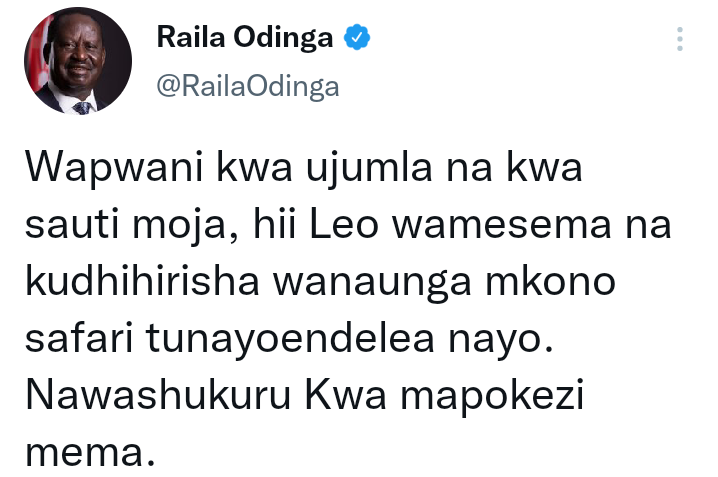 Taita Taveta Governor Granting Samboja pointedly told him, "If you have championed the interests of the region while not in office what is to stop you from prioritizing the development of the region when you take over the leadership of this country next year?".

The Orange Democratic Movement Party is traditionally seen to have strong bases in Nyanza and Coastal regions. On the last two occasions, the party had upward of 88% percent of leaders in the region elected under its ticket.