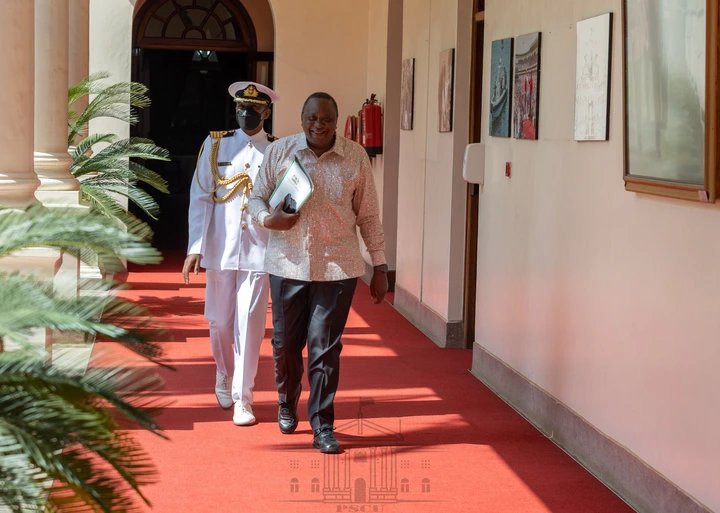 President Uhuru Kenyatta summoned members of his cabinet to a vital cabinet meeting at State House on Wednesday, only days after vice president William Ruto accused the president of not convening cabinet meetings.

In images published by the State House, DP Ruto sat to the right of the president, with over 14 cabinet secretaries also present to meet the constitutionally mandated quorum.

According to The Standard, DP Ruto maintained a deafening silence throughout the discussion but occasionally spoke when prompted.

In one of his remarks during the session in which the cabinet approved dozens of outstanding measures, Ruto stated that he was opposed to the cabinet approving the aforementioned bills months after they had become law and begun to be implemented. 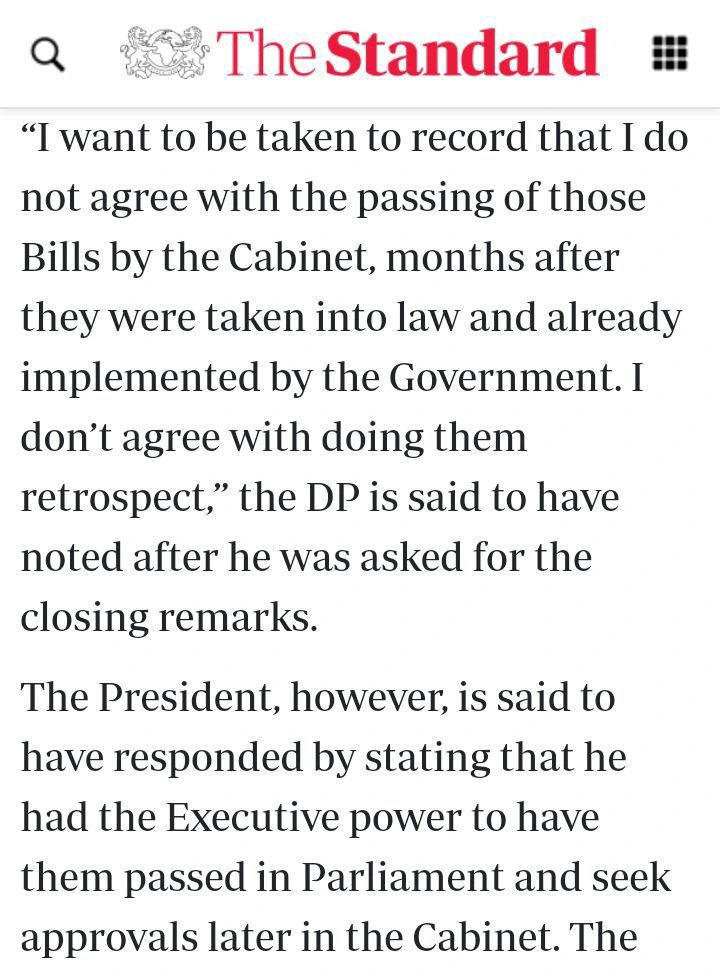 President Uhuru Kenyatta reportedly responded swiftly to DP Ruto and reminded him of his authority as president and executive head. Uhuru stated that he has the constitutional authority to have the aforementioned measures enacted and then seek cabinet approval afterwards, as was the case yesterday.

"I Want Answers By July 21" Uhuru Orders All CSs To Get To Work As Memo Leaks 34 Days To polls.

Kamau, The Serial Protester, Who Disrupts High Profile Meetings Speaks Out, Reveals His Next Target