With only about 71 days remaining before we go into August, IEBC announced key dates in the run-up to August’s General Election. Kenya's official campaign period begins today ahead of General elections in August 9th. However, campaigns have been going on despite the timelines issued by the IEBC's chairman Wafula Chebukati. 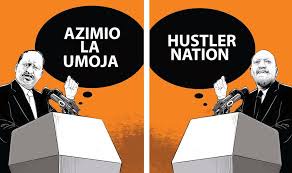 Many Politicians vying for different elective offices are expected to sell their agenda as they woo voters to vote for them. Azimio presidential candidate Raila Odinga and Kenya Kwanza candidate William Ruto have already begun to woo their voters using numerous rallies and events, the two horses have emerged as possible successors of outgoing President Uhuru Kenyatta. 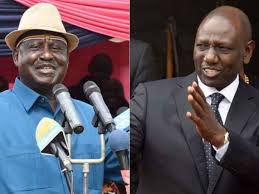 Raila Odinga using Azimio la Umoja umbrella has been giving out the messag of love, peace and unity to voters as he promises to make the economy bigger and better. On the other hand, Dp William Ruto has been wooing supporters by selling his Hustler agenda that seeks to address the Bottom up economic approach.

And according to the IEBC , the campaigns are set to kick off officially today, May 29 in their key dates in the run-up to August’s General Election. On 27 May ,the electoral commission ordered massive crackdown of state officers who are going to embezzle public resources in their campaign for various elective seats in the August 9 race.

“A member of the commission, any person designated by the commission or any authorised agency shall have the power to impound or order the impounding of any state resources that are unlawfully used in an election campaign,” IEBC chairman Wafula Chebukati said.

For more information the link below