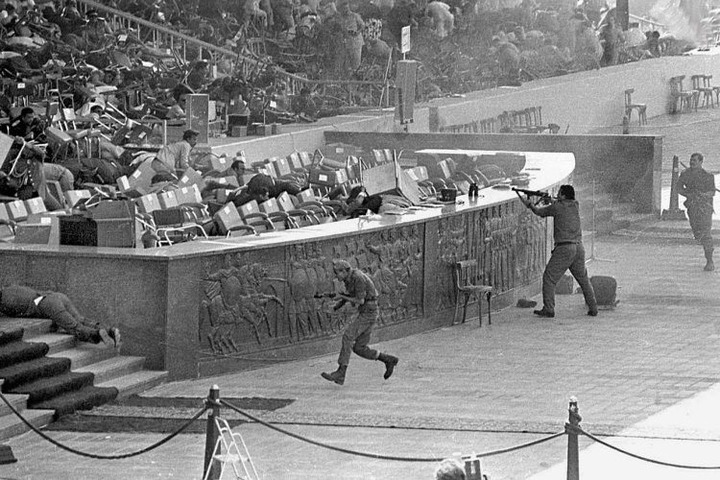 The chaotic and dramatic scenes on October 6, 1982 when Egypt President Anwar El- Sadat was assassinated in the famous podium attack ( Photo Courtesy)

A peace champion in the unstable Middle East region, Sadat had played a leading role in the Camp David Agreement that restored the Sinai Peninsula to the Egypt following its seizure by Israel after the 1967 war.

But Sadat would face criticism from the region for allegedly betraying the locals. It was then that his fate was sealed with radical Jihadists baying for his blood. 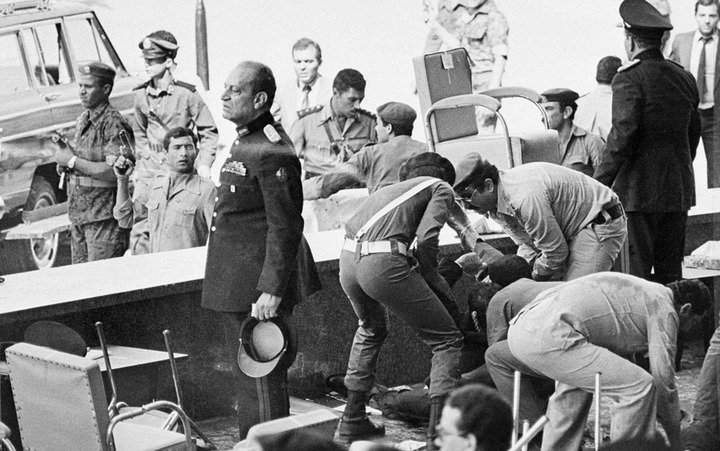 The event to commemorate 8 years since the 1973 war between Israel and Egypt would turn tragic and marked the end of Sadat's 11-year reign of the influential North African country.

Unknowingly, the President stood firm ready to receive salute from the three would be asasins. It was then that the three hand grenades were thrown at Sadat. But only one exploded and ended up falling short.

Other assasins would later rise up from the military truck and started firing continuously towards the podium until they exhausted their ammunition. 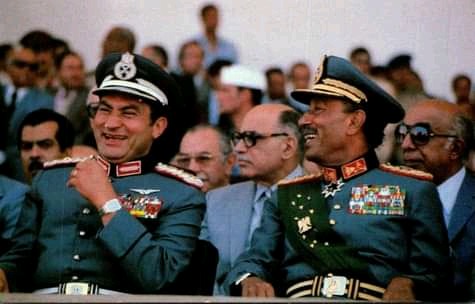 After Sadat had been hit hard and fallen to the ground, people threw chairs around his body to shield him from further shots.

The gory show lasted about two minutes as the Egyptian military and the President's four layers of security was left stunned.

The badly injured Sadat would die two hours later despite the efforts by five doctors that operated on his body to save his life.

It was a tragic end of the life of one of the most influential leaders in the world. But it was the manner of Sadat's assassination that shocked many? How could this powerful President just end up dying in such a casual manner?

Mubarak would later succeed Sadat and went on to rule Egypt for 30 years until his ouster in a popular uprising in 2011.

It is now exactly 40 years since the death of Sadat. But his peace efforts in the region especially with Israel would cement his reputation as one of the most consequential leaders in the history of Arab politics.