The United Democratic Alliance Party has come out firing after new details of Raila Odinga's Friday evening meeting at the Kempinski Hotel in Nairobi were released. 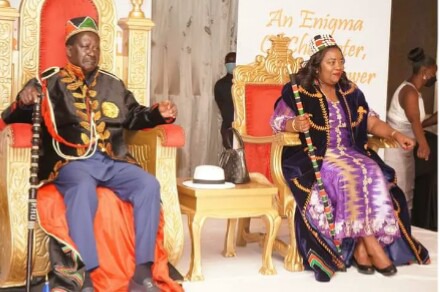 As per the meeting, Raila Odinga, the leader of the Orange Democratic Movement Party, got an award for championing harmony, democracy, and development for the country.

During the occasion, the ODM leader stated that he is a Pan-Africanist but an afro-optimist, adding that he always believes in the African people's ability to develop the African continent.

"I am a student of Kwame Nkrumah, Julius Nyerere, Milton Obote, Samora Machel, and Nelson Mandela, among others," he said.

However, in response to the meeting, the United Democratic Alliance Party's National Chairman Johnson Muthama claimed that the meeting was some kind of endorsement for Raila's presidency, claiming that he was misinformed.

Muthama has stated that it is so sad to see Kenyans being excluded from such events by holding them in locations inaccessible to hustlers, claiming that it depicts a high degree of hypocrisy.