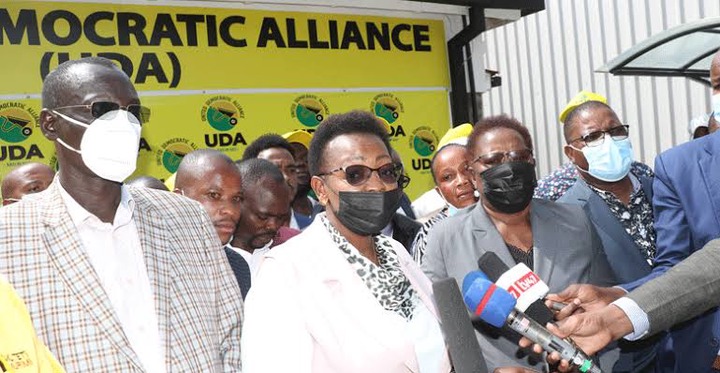 In the statement released by the party's Secretary General madam Veronica Maina, Jubilee party is allegedly using some people who are armed to threaten those who support deputy president William Ruto's hustler nation and agents.

They have accused Jubilee party of threatening their voters and this has forced the United Democratic Alliance movement Party allies to fail to take part in the elections.

"Our agents and voters have been threatened sons of whom have not been able to vote owing to the presence of the Jubilee Intimidators. We are in possession of of electronic evidence to support this position,"part of the statement reads. 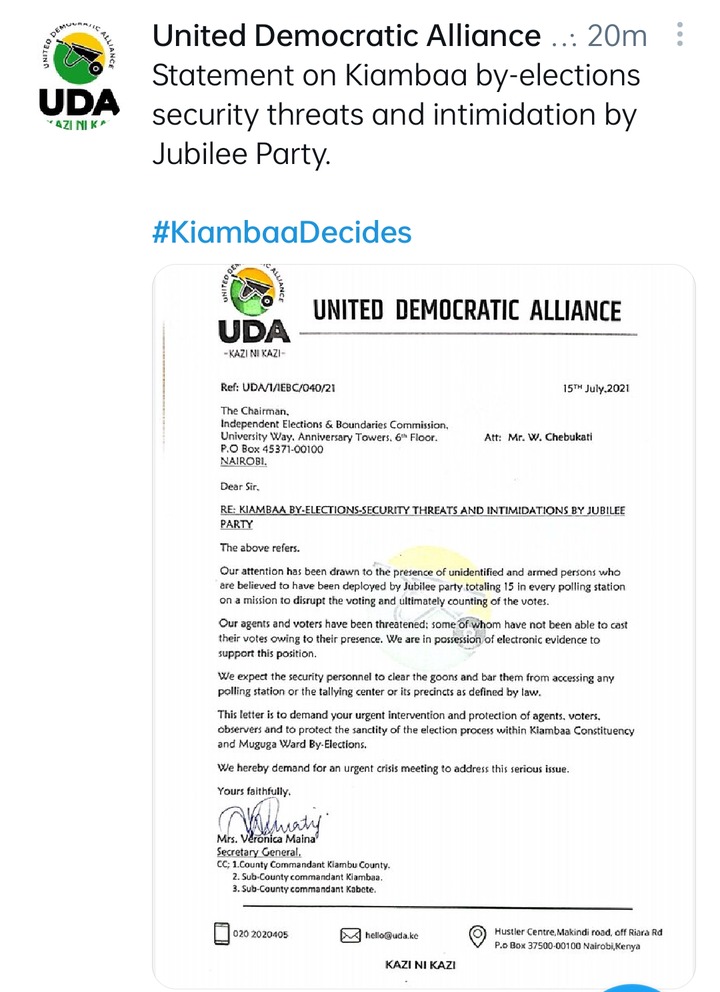 This comes even before voting and counting ends in some parts of the Kiambaa constituency with counting having began in some Polling stations.

Earlier, UDA director of communications had said that the presence of the local administrators at polling stations is a clear indication that the Jubilee wing had sensed defeat and had turned to the chiefs and their assistants to influence the exercise.

“These acts border on voter manipulation, coercion and abuse of power by the national government to interfere with the elections,” the official said on Thursday, July 15.