By Ledward (self media writer) | 5 months ago 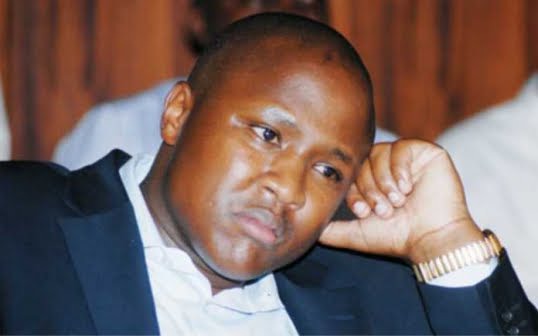 In every competition there will always be a winner and a loser. The electorate will go cast their votes and pick someone they think will be best suited to advance their agenda. As the final results keep coming in many will either retain their seats or go home. 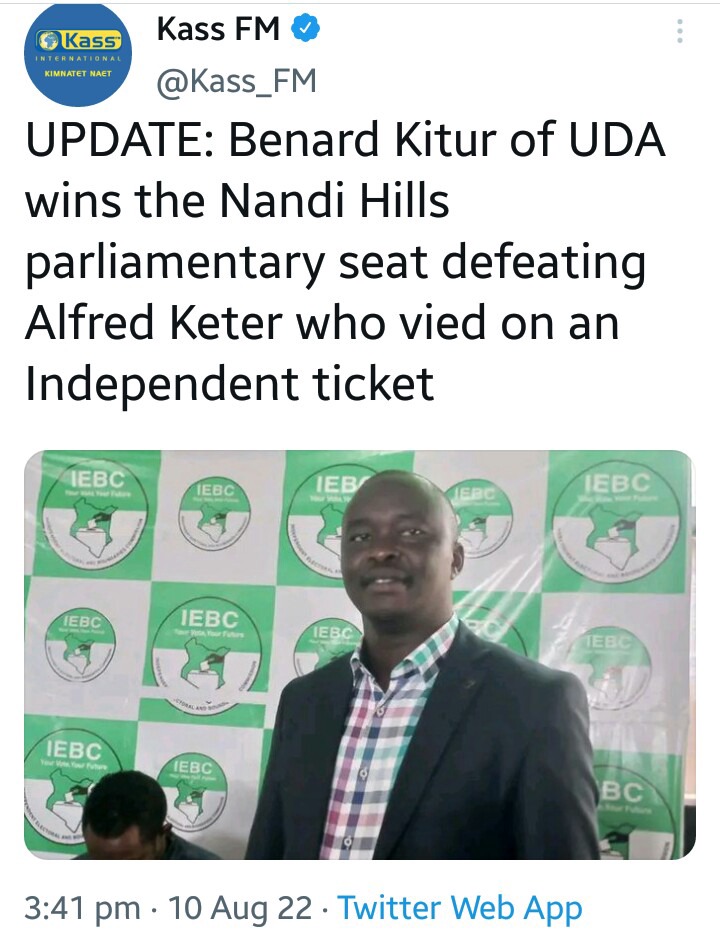 Alfred Keter decided to vie as an independent candidate after he claimed he was rigged out of the UDA primaries. Another factor that probably led to his defeat is the fact that he constantly clashed with the region's kingpin Kenya Kwanza's DP William Ruto.

Keter who later conceded defeat put out a post on his twitter page that read, "Elections are over and the results are out, I want to take this opportunity to concede defeat and thank the people of Nandi Hills for the overwhelming support they have given me for the last ten years. I wish the winner well as he takes over." 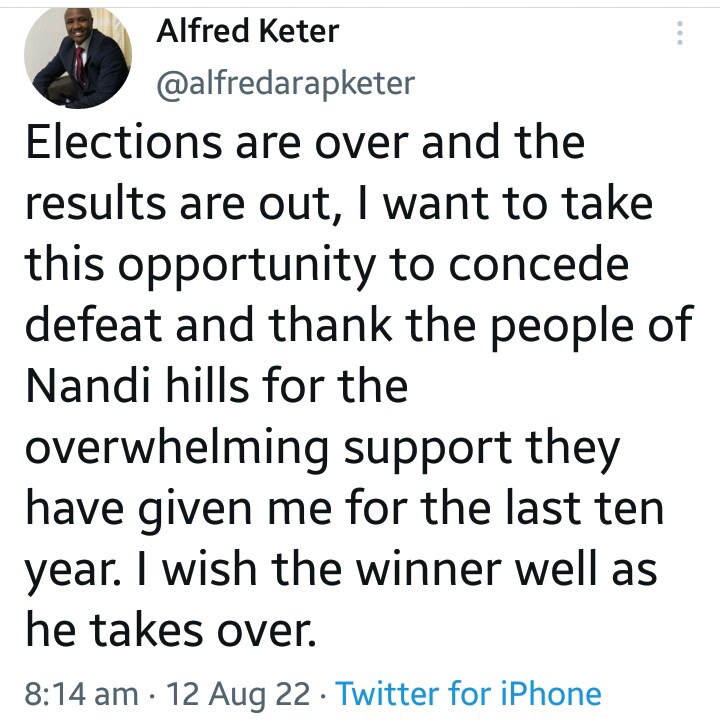 Keter's concession speech elicited some online reactions as shown below.

Kebe, "You were in a good position to win and it was my prayer that you be the leader of Nandi Hills because I know and believe you will make a good kingpin to our community after William Ruto only if you would have supported him but there is always another time."

Naftali Bungei, "Very well spoken though we needed a leader like you in this journey. It's all right stay on the bench correct your mistakes and I'm a 100% sure you're going to come back stronger." 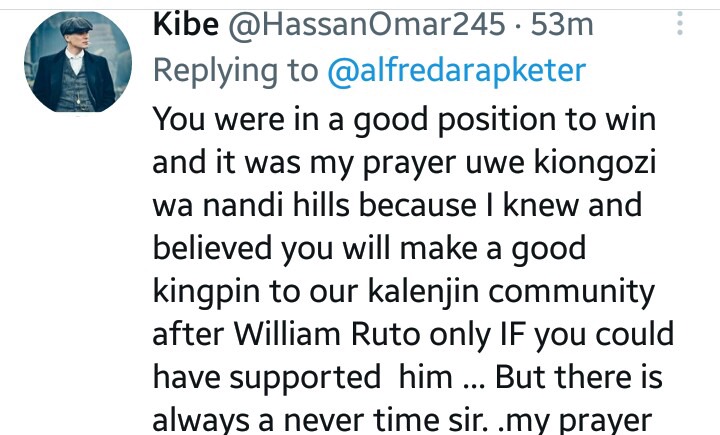 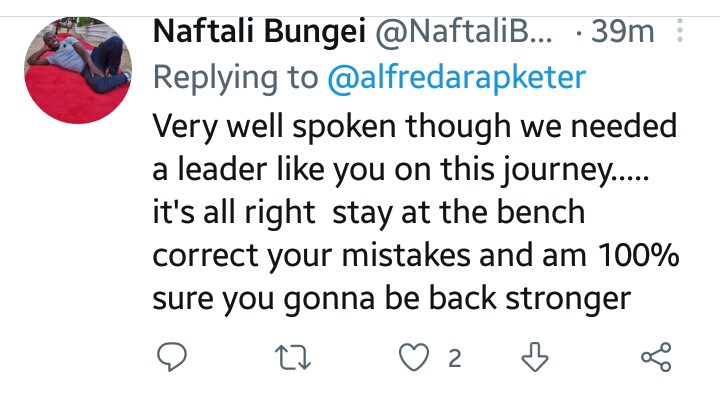