By MpaulM (self media writer) | 3 months ago

Do you remember Githeri Man? Of course, that is not his real name but rather a name he earned himself for doing a really unique thing to show his patriotism and at the same time exercises his rights as a citizen.

This is the man from Kayole who appared on a voters queue during the previous general elections while holding a nylon paper bag which had 'Githeri' in it.

Now, Githeri is a Swahili word for a meal made of a boiled mixture of maize and beans which is quite common in some places in Kenya. 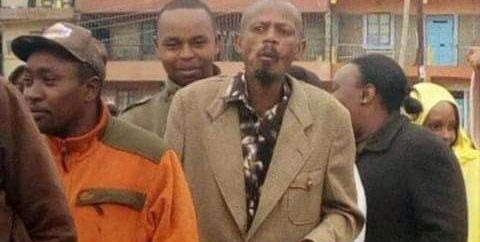 The man was seen scooping the Githeri and chewing while in the queue as he waited for his turn to cast his vote. The decision to carrying along Githeri with him was maybe to beat hunger due to the long queue.

His picture went viral on social media and he instantly became a celeb and the government an other companies promised to award him with loads of cash.

However in a story published by Radio Jambo on Facebook, Githeri Man opened up to Mungai Eve, the Vloger, that he has never been given the monies by the government nor the companies as promised.

Despite him having the chance to meet with the president on two occasions, he was only given little amounts of Sh. 1,000 and Sh. 500 which he used to buy food. He actually lives in his Kayole residennce to date. 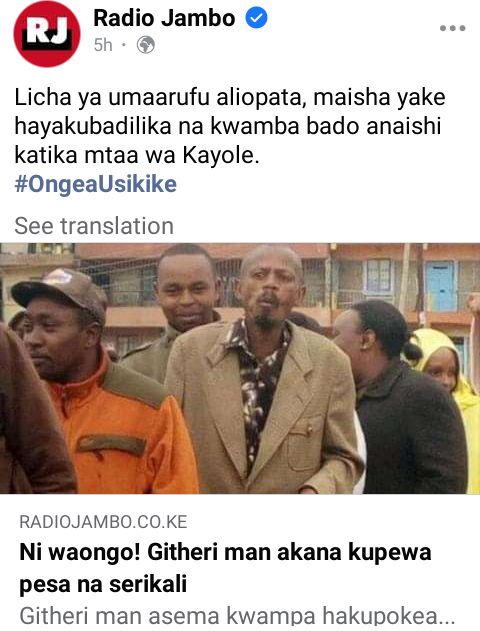 5 Signs Of A Great Relationship

How To Recognize Relationship Breakdowns

15 Signs The Two Of You Are Meant To Be

We Will Export Hyena And Dog Meat To Chinese ~ Wajackoyah Reveals