Moi Preferred Kibaki as His Successor and Not Uhuru? Former Spy Reveals

By MeghanNimmoh (self media writer) | 22 days ago 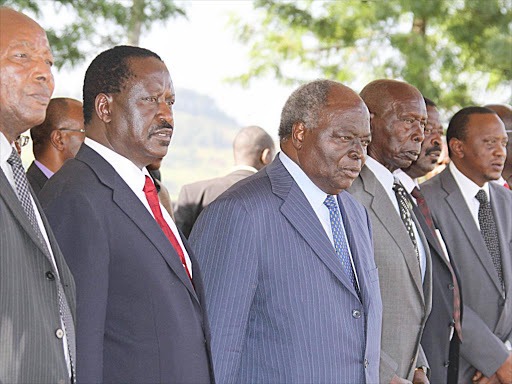 In June 2002, when former president the Late Daniel Moi addressed the nation from the Western region and announced by preferred successor as the young and amateur Uhuru Kenyatta, this caught everyone by surprise.

The country had been waiting with baited breath to hear who the president would select to succeed him after unbelievably announcing that he would relinquish power in 2002.

The choice of Uhuru came about after hidden intrigues and political play as different politicians close to the former head of state yearned for his support which they thought would come with state support.

Contrary to what we all thought that Uhuru was Moi's first choice, it later came to be revealed that he was selected as plan B.

As much as many won't believe, President Moi is said to have confessed that his preferred successor was his former Vice, and later President Mwai Kibaki. 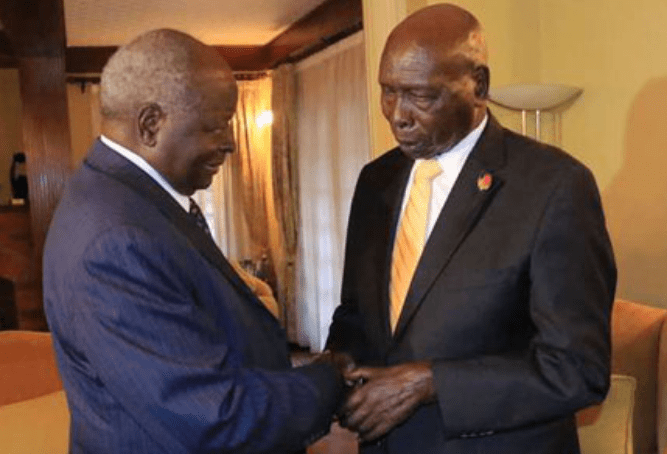 According to former spymaster Joseph Kibati, it is only after Moi failed to poach Kibaki from the opposition that he decided to go for the less experienced Uhuru, who he thought would protect his interests once he left power.

In his book Memoirs of a Kenyan Spymaster, the former deputy director of intelligence service disclosed that in 2001, Moi confided in him that he had tried approaching Kibaki in order to nominate him but the opposition leader rejected the offer.

Moi was then left with the hard task of deciding who among the seasoned politicians in KANU would be most suitable to take over power after him.

In making this choice, Moi had to put his interests into consideration. He is said to have been afraid that some of the seasoned politicians would revenge some of the ills they had been subjected to during the Moi era.

Some of the high rising politicians who would have been selected at the time included Raila Odinga, Kalonzo Musyoka, Prof George Saitoti, Musalia Mudavadi among others.

However, Moi is said to have never trusted most of them, including his cabinet ministers, and therefore decided to go for the young Kenyatta who had little or no political baggage.

Mr Kenyatta also took Moi as his political father and mentor hence, the retired president would retire assured of his safety and that of his property in case his selected successor took over. 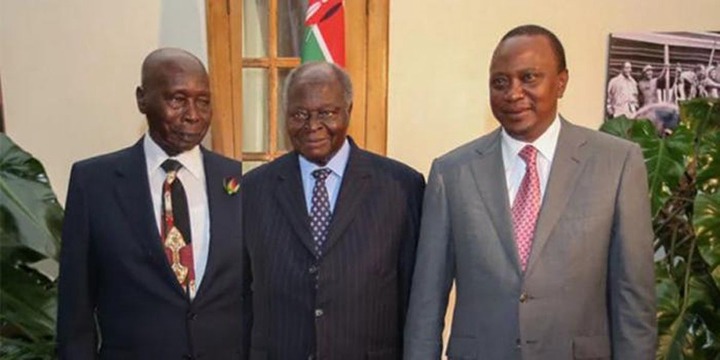 On his part, Nominated MP Maina Kamanda, who was still a lawmaker at the time, believes that Moi's intention in trying to woo Kibaki was to weaken the opposition which was growing stronger by the day.

“He could see that Kibaki was growing stronger by the day and he wanted to curtail his chances. Kibaki would have been tricked had he agreed to meet Moi. Moi wanted Uhuru all along and he wanted Kibaki to lose face then have him endorse Uhuru,” Kamanda believed.