"I Was Against CBC" Sossion Admits, Allege What Cs Magoha Is Now Doing 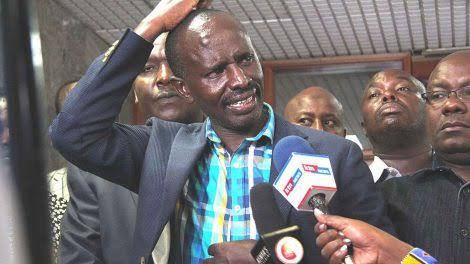 Politics dominated the burial ceremony of the late Janet Tirop who is the mother of former Bomet Governor Ruto. Several politicians from various parts of the country attend the final send-off of Janet Tirop and also send the words of condolences to the family of governor Ruto.

While addressing the mourners, MP Wilson Sossion hinted that he was against the competency-based curriculum program (CBC) simply because it was not plotted well in the country. He revealed that the parents are worried about the future of their children and simply because Magoha has started begging for space in a private institution. He alleges that president Uhuru Kenyatta was against him and that is why he plotted to remove him from the KNUT office.

Rare Photos Of Idah Odinga & Rachel Ruto, One Of Them Is Possibly Going To Be The Next First Lady

JUST IN: Kenya Kwanza Makes Preparations at CUEA While Azimio Does The Same at KICC [Photos]