Opposition leader and the National Unity Platform party leader, Robert Kyagulanyi, commonly known as Bobi Wine has yet again posed on the spot over fighting for the freedom of an American national who was abducted last month. 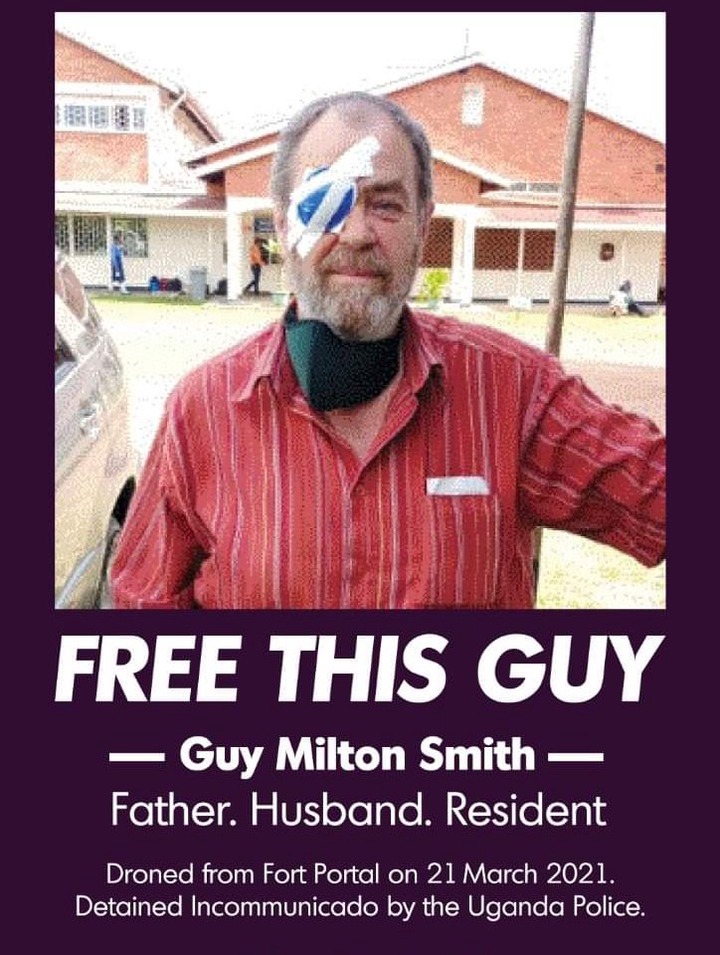 Wine, while whistling for the freedom said that Guy Milton Smith was picked by a drone at Port Portal and up to date, he has not been produced to the court.

According to the Constitution, any person arrested should be brought to court not later than 48 hours from the time of her/his arrest. The period runs from the arrest of the person, and if no charges are brought against the person arrested at the end of that period the person shall be then released. This order is called habeas corpus.

The opposition chief said that the police reported that he was under legal detention for allegedly involved in anti-government activities which were not revealed.

''Free Guy Milton Smith from illegal detention. An American national, Guy was picked up by a ' drone' on 21st March in Fort Portal, Western Uganda & held incommunicado. To date, he's not been produced in court. Police say they're holding him for subversive anti-government activities

Since the election period in Uganda that started late last year, many people have been abducted. The government has always defended itself claiming, ' they are legally detained by security agencies.' However, reports claim that most of the citizens claimed to be under legal detention are NUP supporters. Bobi Wine has called for their release, but the government which was even ordered by the Parliament under Speaker Rebecca Alitwala Kadaga to publish the names of the allegedly missing persons has been on deaf ears.

Kadaga said that the government would be responsible and accountable in case anything happens to them.

Wine has, however, confirmed the release of others who, some of them have been reported dead while others released showing torture marks.

Content created and supplied by: Kotieno98 (via Opera News )