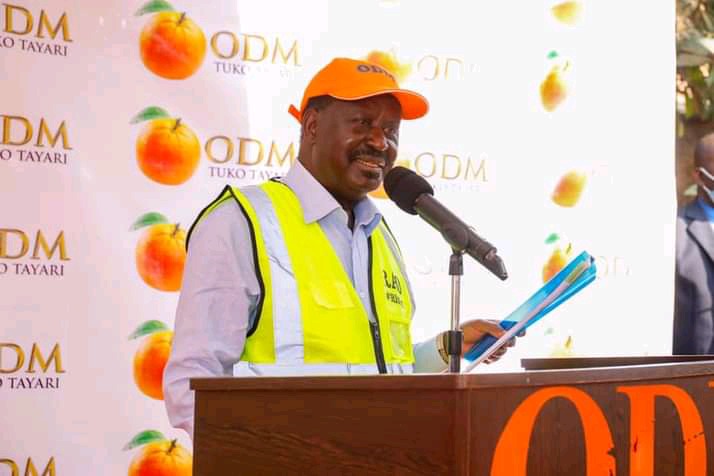 A leadership crisis is looming in the Orange Democratic Movement (ODM) following differing opinions by a section of Trans Nzoia County party leaders who have raised alarm over the leadership structure.

The wrangles is pitting Caleb Hamisi, the member of parliament for Saboti and his team against Tranz Nzoia county chairman Patrick Musungu.

Musungu has accused the youthful member of parliament of plotting to take over the leadership of the county from him with an intension to push for his own agenda.

He stated that he is ready to handover to the legislator but only if due process is followed.

"The following day, I was informed that Caleb stated that he must be the chairman because the order had come from Nairobi" Musungu stated.

The incumbent differed with the idea of party leadership at county level being decided upon in the capital.

"Nairobi does not choose anyone from Trans Nzoia. They are only mandated to receive the leader that has been chosen by the county," he expressed.

A faction led by Musungu had on October 1 endorsed him to retain the seat after getting wind of plans to have him dropped as the county's party chair.

On the other hand the county secretary Musungu dismissed the endorsement stating that due process was not followed, he stated that plans were underway to call for a meeting where the matter would be resolved. Video: https://twitter.com/tv47ke/status/1444339371105259524?s=19