By BillShamz (self meida writer) | 26 days

The Orange Democratic Movement, United Democratic Alliance and the Jubilee Party were last evening engaged in a 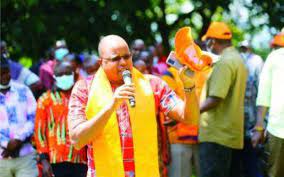 tight battle for the Bonchari parliamentary seat as the ODM recorded an early lead.

ODM which regarded as the dominant party in Nyanza, was seeking to get its first National Assembly seat in Kisii County after emerging empty handed in 2017 General Election despite bagging the gubernatorial, senatorial and women rep slots.

Ruto and his handlers were keen to use the Bonchari by election, which followed death of MP John Oroo Oyioka,to penetrate ODM leader Raila Odinga's Nyanza's base.