By SMOKIN-NEWS (self meida writer) | 1 months 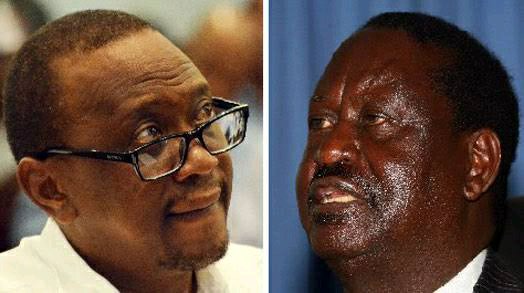 Despite having a landslide victory in the Parliament during the Building Bridges Initiative report debate in the Parliament on Thursday, president Uhuru Kenyatta and his handshake partner Raila Odinga is set to face tough times ahead due to the uncertainty and confusion the document has brought in their political camp.

As seen reported by the Standard media on Saturday 8th of May, the BBI has wounded both Uhuru's and Raila camp politically. President Uhuru Kenyatta for an instant had to sacrifice some of his key political lieutenants to ensure that the Building Bridges Initiative report sails through, something that has seen him have many critics than before.

His handshake partner Raila Odinga on the other hand is for the first time facing a rebellion within ODM from his key lieutenants led by Siaya County Senator James Orengo. He's now torn between running ODM as his party or leaves its members to differ in opinion.

Deputy president Dr William Ruto has not been left out either. His perception that he has numbers within the Parliament has been a lie all along as some of his key lieutenants turned around to vote for BBI in the Parliament. 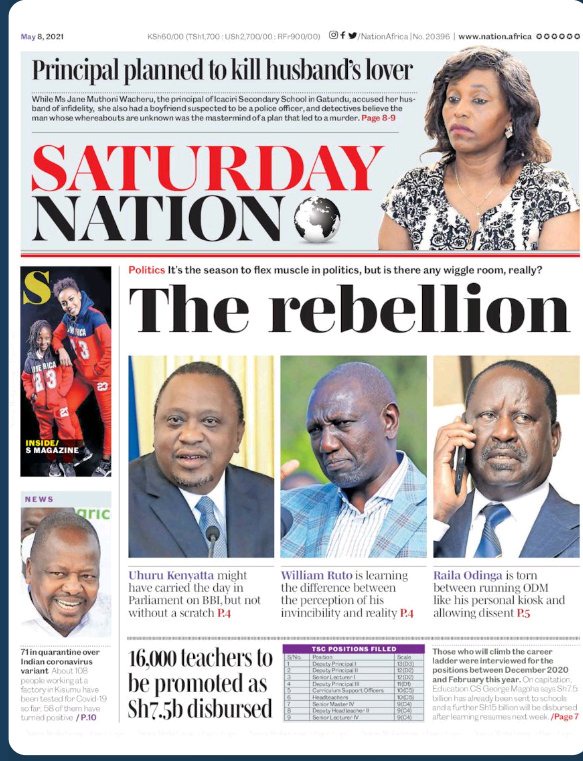