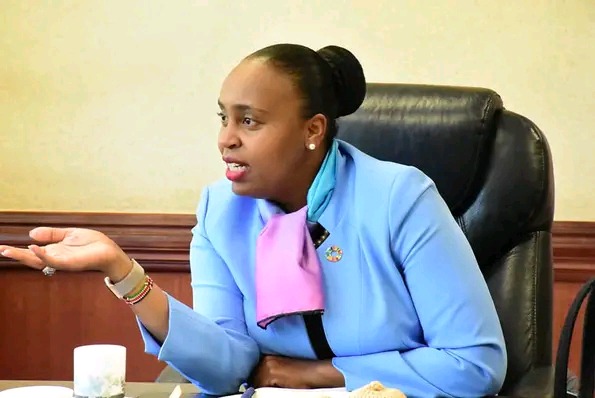 One of the top advocates of the Raila presidency, Dr Karugu was one of the members of the Azimio la Umoja coalition top decision making body.

Having fallen out with her boss, Nyeri Governor Mutahi Kahiga, Dr Karugu gravitated to the Raila axis in the run up to the 2022 general election.

At the beginning of the year 2022, she was nominated by the then President Uhuru Kenyatta for an ambassadorial job. But she declined the offer to become Kenya's ambassador to Denmark in order to campaign for Raila. However, her move proved to be one of the worst political decisions she has ever made as a politician. There is no doubt that this will haunt her for many years to come.

As one of Raila's most trusted allies, she was appointed as the Azimio la Umoja presidential candidate's deputy chief agent.

What was very certain is that Dr Karugu was expected to occupy one of the most powerful positions in the Azimio la Umoja Government had Raila won the August 9 general election. But as fate would have it, Dr Ruto managed to edge out Raila.

So what next for this once promising politician? Had she accepted Uhuru's job offer, then she would now be serving as one of Kenya's top diplomats.

Going forward, does she have what it takes to make a political comeback? Or will she quit politics altogether?

The Main Difference Between Mazda Bongo Brawny And Toyota Hiace