By Summary (self meida writer) | 27 days

Jimmy Kibaki, the Son of Former President Mwai Kibaki, has weighed in on the raging debate of dynasties in Kenyan politics.

In an exclusive interview with Nation, Jimmy dismissed the dynasty tag which has mostly been used by Deputy President William Ruto and his allies, specifically when referring to politicians whose parents have held powerful posts in government. 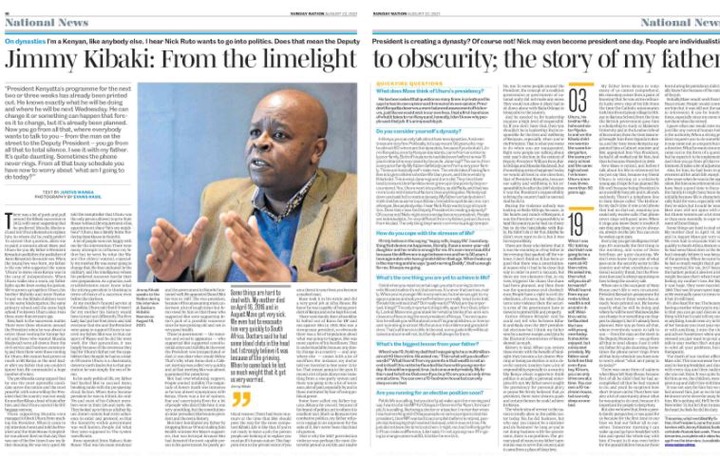 It is in his response to the dynasty question that he revealed the Deputy President's son Nick Ruto has political ambitions.

According to Jimmy, he has heard that Nick Ruto wants to join politics and that is where asked if that is the case, is DP Ruto creating a dynasty? 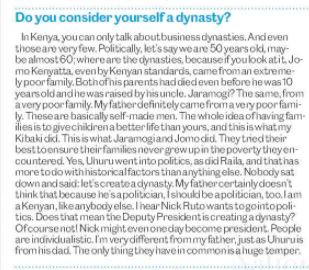 According to him, politics is individualistic and therefore people should not be judged because of their father's name.

He revealed that every Kenyan President, from Jomo Kenyatta, Daniel Moi and his father Mwai Kibaki, all came from a poor background and fought their way to the top. 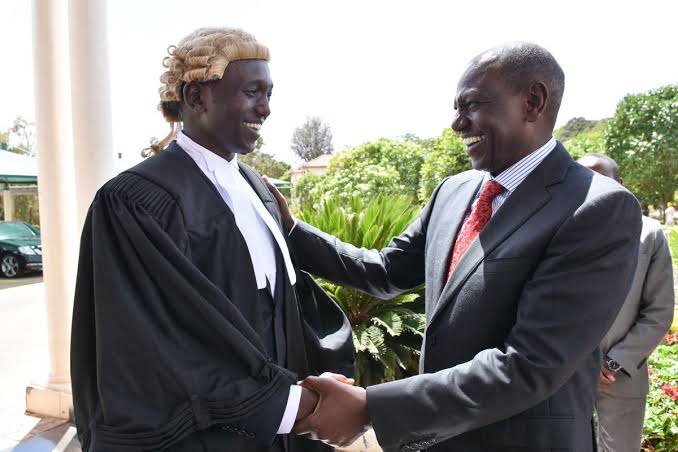 He opined that even DP Ruto's son Nick Ruto has huge potential of being a president in future and asked politicians to stop referring to them as dynasties just because their father was an influential person.