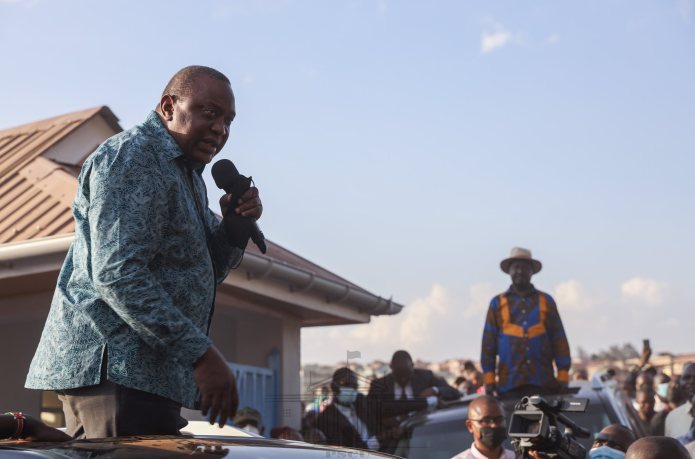 President Uhuru Kenyatta's family has been linked to a recently released declassification that revealed how the rich and powerful have hidden billions of shillings in offshore accounts.

Uhuru and six members of his family secretly owned a network of offshore companies, according to documents obtained by the International Consortium of Investigative Journalists (ICIJ) and shared with more than 600 journalists and media organizations around the world.

They have been linked to 11 companies - one of which was assessed as having assets of US $ 30 million (Sh 3.31 billion).

According to the ICIJ, the leaked documents indicated that Uhuru and her mother were beneficiaries of a secret foundation in Panama.

Other family members, including his brother and two sisters, own five offshore companies with assets worth more than $ 30 million, according to records, the investigation reveals.

“Kenyatta and his family did not respond to requests for comment,” said ICIJ.

However, the ICIJ says the Kenyatta family began amassing much of their wealth offshore before Uhuru became president.

The guardian reported; “In Kenya, President Uhuru Kenyatta has presented himself as an enemy of corruption.

In 2018, Kenyatta told the BBC: “The assets of every public servant must be publicly disclosed so that people can ask questions and ask: what is legitimate?

He will come under pressure to explain why he and his relatives have amassed more than $ 30 million in offshore wealth, including properties in London. Kenyatta did not respond to inquiries as to whether his family fortune had been declared to the relevant authorities in Kenya. "