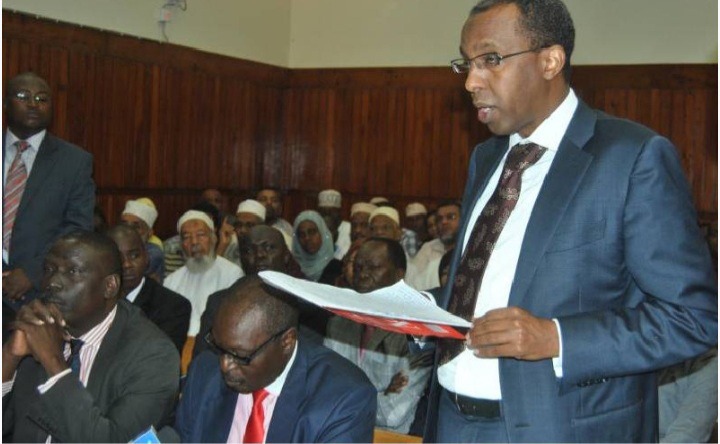 Speaking on Spice FM on Tuesday, January 18, Abdullahi described Odinga as a schemer who knows how to position himself strategically when the election results don't go his way.

“A lot of people judge Raila Odinga based on his background [contribution to democracy], that's a mistake. He has been in government one way or another for almost 20 years, and we should judge him based on that [20-year] record,” he said.

The lawyer claims that Odinga changes tactics selfishly when he fails to win elections at the polls.

“[After being defeated] he usually has a way of getting back into the same government the voters kicked him out of. This, [in essence] invalidates the will of the people,” Abdullahi said.

When asked if Vice President William Ruto, who is Odinga's main challenger in the August 9 presidential elections, was his preferred candidate, Abdullahi replied: "I did not [categorically] say that I support the Vice President [in his quest to succeed Uhuru Kenyatta].”

According to the lawyer, he has not yet decided who to support in the presidential race, although he is "impressed" by the DP's ideology and manifesto.

“I will not support Raila Odinga's Azimio la Umoja. What it presents [like its main must-have areas] is not impressive.

Abdullahi's claim - that he does not yet know who to support in future polls - was disputed by financial expert Mohamed Wehliye, who said it is an open secret that the lead lawyer is more inclined to Ruto than any other presidential candidate.

Wehliye is currently working as a Senior Advisor to the Central Bank of Saudi Arabia (SAMA).

Raila Odinga has officially refuted claims that he rocked current and previous governments while in or out of administration.

Political scientist Amukowa Anangwe told The Standard in August 2021 that it is difficult to prove Raila Odinga's direct involvement in government operations, especially when he is on the opposite side.

“The mere fact that Raila benefited from it [after the March 9, 2018 handshake] does not make him a member of the government. Raila made no promises. Raila is a beneficiary of circumstances,” Anangwe said.