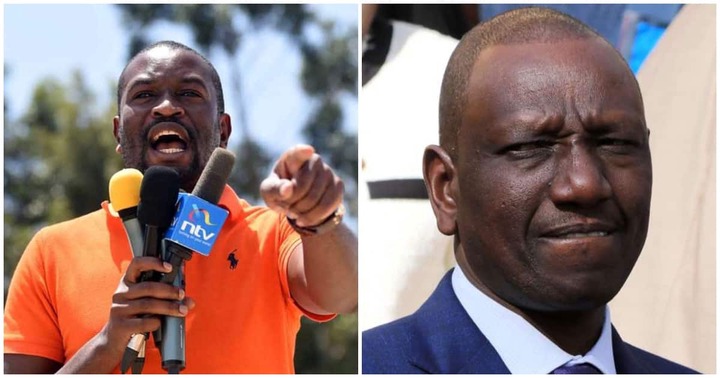 Nairobi County Senator Edwin Sifuna has named one point he agrees with President William Ruto after months of opposing him.

Sifuna has been a diehard supporter of Raila Odinga and has never never hesitated being critical of President William Ruto before he even clinched the Country's top most seat.

And since the President named his cabinet, he has come under criticism with majority saying that he chose to reward politicians rather than appointing technocrats for the position.

However, despite the fact that almost all of them are branded incompetent by the opposition, Edwin Sifuna has not doubted the competency of Professor Kithure Kindiki.

Speaking to KTN TV, Sifuna says that Kithure Kindiki who was appointed as the Attorney General of the Country by the President Ruto is the only competent individual amongst individuals appointed by Ruto.

Edwin Sifuna said. "There are people in Kenya Kwanza like Kithure Kindiki who are competent for any government position but Aisha Jumwa is a big joke. She is not competent or suitable for any position."