As the election on August 9 draws near, numerous leaders are vying for elective seats in order to ensure their political survival. 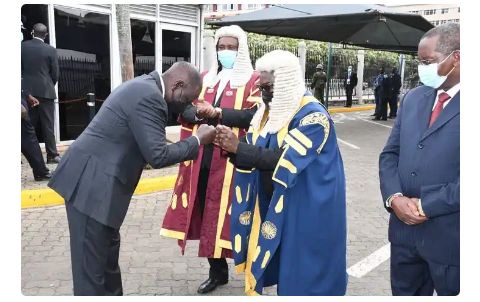 The motivation behind Lusaka's decision to support his governorship campaign by joining William Ruto's United Democratic Alliance (UDA) party has now been made public.Lusaka has discussed how the current governor of Bunggoma County, Hon. Otichilo, influenced his choice to join UDA and run for governor.

Lusaka acknowledged that it would be difficult to run against the current Governor in the August elections due to the wave in Bungoma when speaking on K24 on Monday night, July 4.

"When it came time to make a political choice, I considered the situation in Bungoma. Seven of the nine MPs are members of UDA. Looking at the wave, it was clear that fighting the stream would be difficult, "Kenneth Lusaka, speaker of the Senate, remarked