By ronaldcharley (self media writer) | 25 days ago 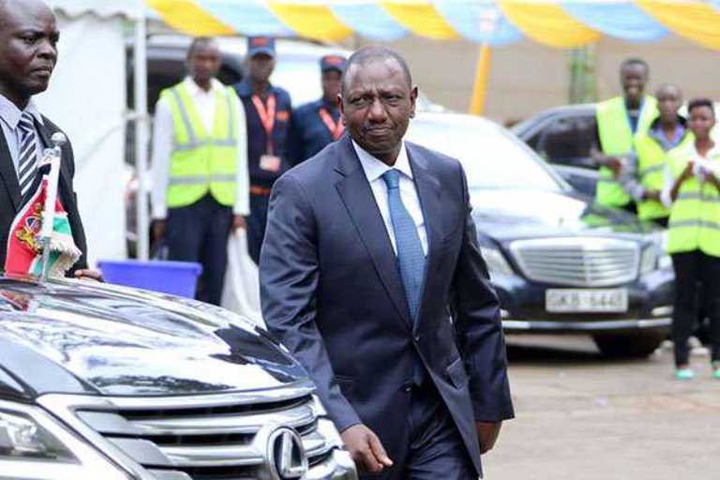 Deputy President William Ruto while on a political tour in Migori County was surrounded by armed security detail unlike what has been witnessed in his past rallies.

One of DP Ruto’s armed bodyguards however impressed the crowd after what he did to one of the young men from the area who wanted to talk to Ruto.

DP Ruto while addressing the Migori residents at Awendo town allowed a young man who was walking in crutches to come to his vehicle.

The young man had sought Ruto’s audience and with the help of the crowd, he was carried to the top of Ruto’s vehicle. 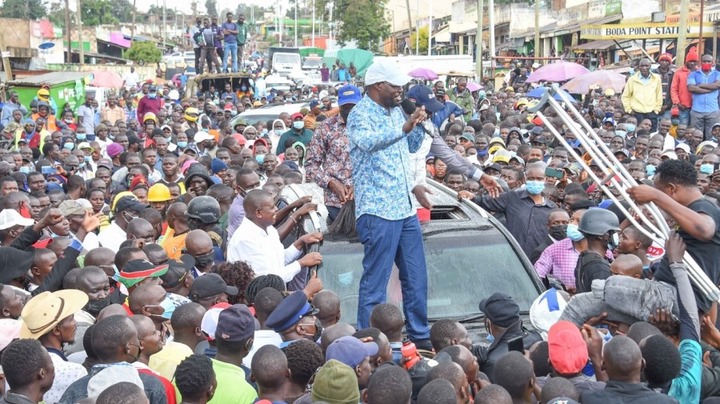 The second in command after shaking the hand of the man is heard asking him, “Do you have any story?” as he leaned forward to hear what his problem was.

Ruto after hearing his request asked for Sh20,000 from his aides who were in his vehicle and he handed over the money to the man then the DP said, “That is Sh20,000, wewe hama sasa.”

The excited crowd helped him off Ruto’s vehicle and as the people started to move near him, one of the armed bodyguards who was close moved in and carried the man away from the people who seemed to be asking for a share of the money.

The armed bodyguard carried the unidentified man away from crowd as some turned to look at the direction they were heading and some followed the bodyguard.

The bodyguard’s quick thinking prevented the man who was on crutches from getting hurt and probably losing the money he received from the deputy president as some of people are seen asking to be given some of the money. 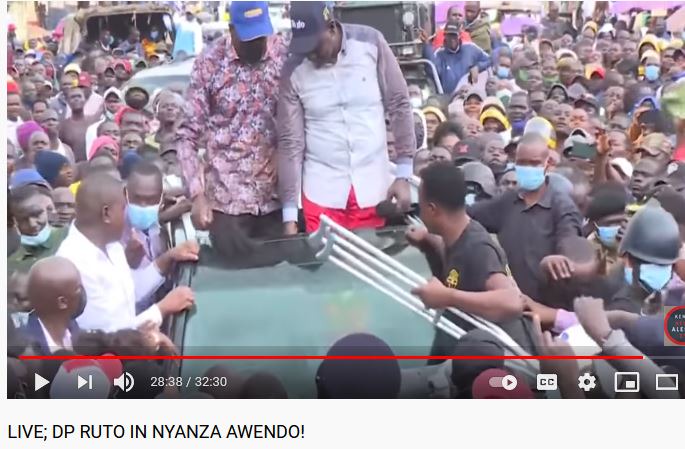