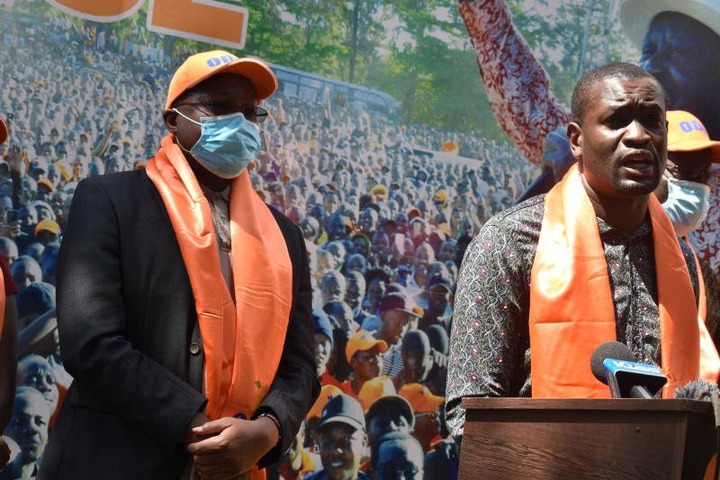 Through his social media accounts, he has noted that the Orange Democratic Movement ODM party candidate is likely to win since very few polling stations are yet to surrender their results to the Independent Electoral and Boundaries Commission.

He has since thanked the ODM party candidate noting that his win was a great manifestation of the great faith people had in the by-elections that were held on Tuesday. 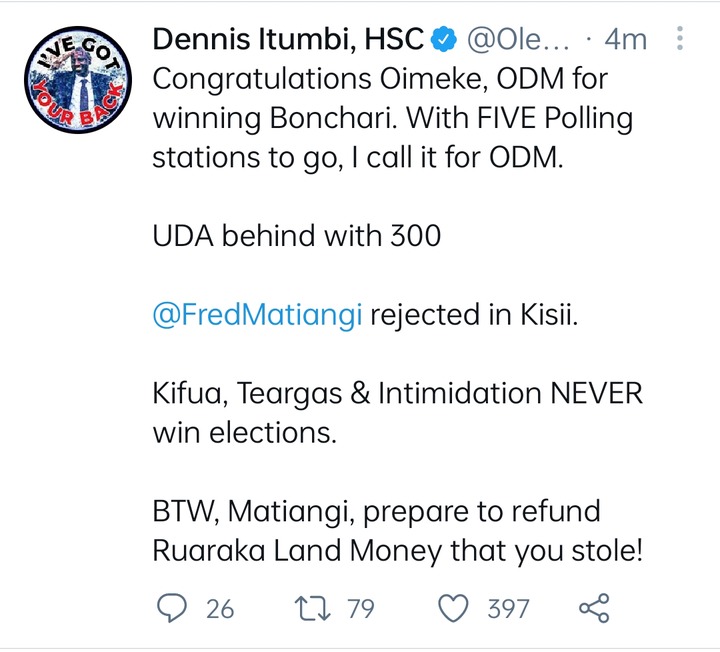 On the other hand, ODM Secretary General Edwin Sifuna and National Election Board Chairperson Catherine Mummahad unveiled ex Energy and Petroleum Regulatory Authority director general Pavel Oimeke as its candidate in the by-elections.

The Bonchari MP seat was left vacant following the death of Oyioka at a Kisumu hospital on Monday, February 15, after a long illness.The first-term lawmaker was elected to the National Assembly in 2017 on the PDP ticket after he trounced the then MP John Zebedeo Opore.