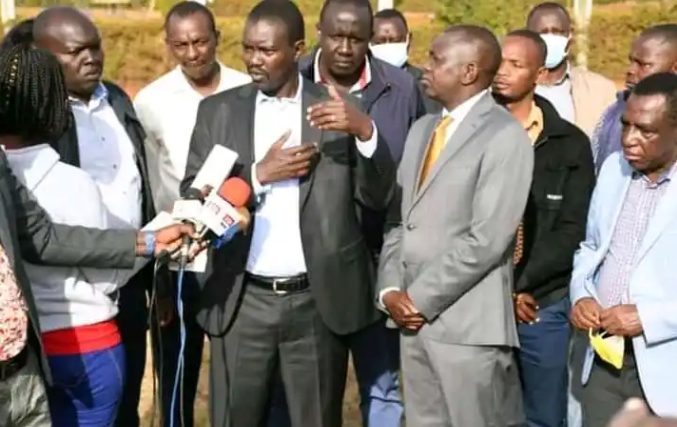 In a video shared by the MP on his social media pages, Sudi claimed that the DCI has a personal vendetta against Wanjigi after the businessman won a case that saw Kinoti convicted.

“Kinoti is going after Jimi Wanigi who fought for his rights and saw Kinoti jailed. The DCI boss has now decided to send all those police officers after Wanjigi. No one owns democracy in Kenya,” Sudi stated.

Sudi further alleged that the raid was triggered by Wanjigi’s comments at Wiper Leader Kalonzo Musyoka’s home, where he described ODM leader Raila Odinga as a dictator.

On Tuesday, Businessman and politician Jimi Wanjigi accused President Uhuru Kenyatta and ODM leader Raila Odinga for the raid carried out at his offices on Monday night by armed officers believed to be DCI detectives.

Wanjigi said the incident was politically orchestrated due to his political stand and more so, remarks he made over the weekend where he castigated Odinga accusing him of dishonesty.