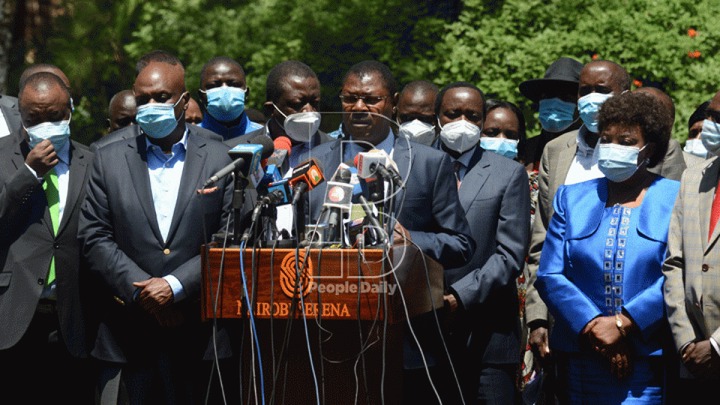 The member of Parliament representing residents of Kimilili Constituency honourable Didmus Baraza surprised many when he disclosed that he was aware of some One Kenya Alliance chief who was meeting the deputy president William for talks of a possible coalition. As per now, reports have alleged that the OKA chief (name not mentioned) who seemed not interested in the coalition ended the talks.

Instead of telling off the DP, the chief is said to have presented dubious and politically lame demands that the DP was to agree to and honour before the chief agrees on the coalition. It is said that the demands he presented gave the DP no choice but to end the talks. 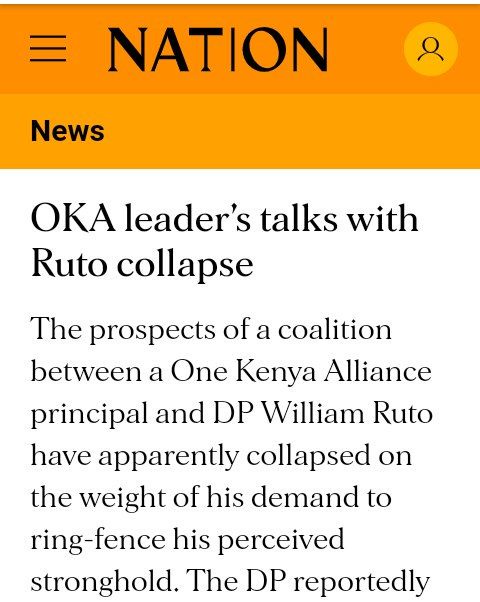 Allegedely, the OKA chief demanded that the DP should not field any candidate on a UDA ticket in his backyard come 2022. This was the only demand that the chief presented to the DP. DP Ruto reportedly did not like the idea of calling off his candidates who have already began campaigns, this would only spur defections from his party. No such demand has ever been made by parties seeking coalitions.

After consultations with his advisers, Ruto is said to have rejected the offer arguing that the chief has not ring fenced his backyard and it will be difficult for his party to take home the top seats in the backyard counties.