Bid Day For Justin Muturi After An Incident on Whatsapp 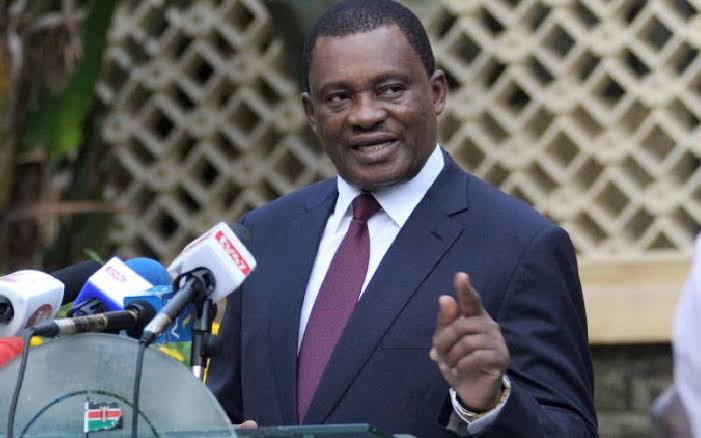 Speaker of the National Assembly Justin Muturi has been under pressure over the last few days after he decided to team up with Deputy President William Ruto and his Kenya Kwanza Alliance.

There have been calls from certain members who want the speaker to deliberately resign over his inability to remain impartial after the latest political decision.

Muturi's troubles have now trickled down from the Parliament to his party. According to a report by a local daily, a group of Democratic Party members is pushing for Muturi to be removed as the Party leader. 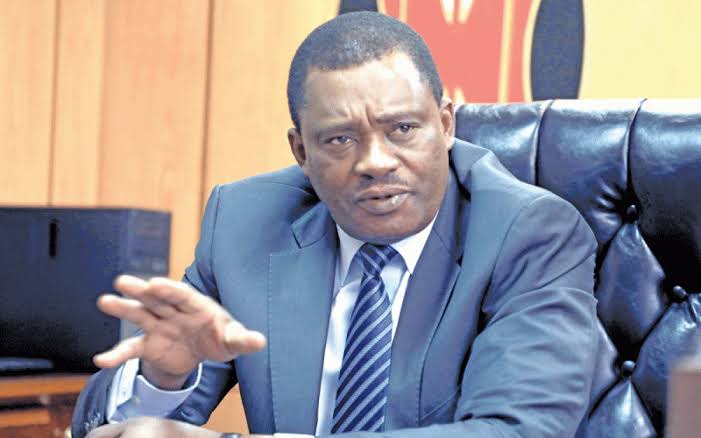 According to the group, Muturi had not been a member of the party for the required one year before he is allowed to be the party leader. Muturi has also failed to pay the fees required for such an appointment.

The complaints have mainly occupied the Party's WhatsApp groups. However, the Speaker has been removing his critics from the WhatsApp group according to the Deputy Secretary-General of the Party Wambugu Nyamu.

The complaints have since been written to the Political Parties Disputes Tribunal seeking conservatory orders stopping Muturi and His group from Promoting, perpetuating, ratifying, or discussing the Agreement with Kenya Kwanza Alliance on behalf of the party.

The PPDT members are set to seat today from 2.30Pm via video link to determine Muturi's fate. 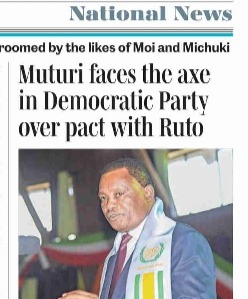