There was a little bit of drama in Nyamira County assembly after a group of honorable members of the county assembly decided to settle their issues withing the premises by fighting each other after a misunderstanding. 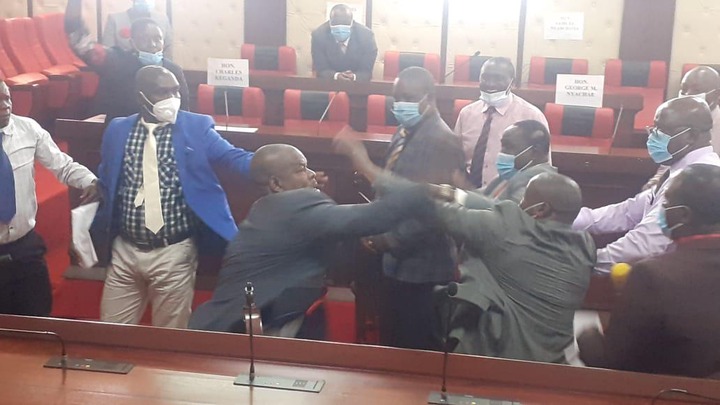 According to the reports given by nation media group, it has been reported that chaos erupted after several MCAs disagreed on who should be given the or rather who should have the control over the key of committee.

This incident was followed by a dramatic scene after they started exchanging harsh words after having a heated argument which later turned into kicks and blows after the honorable members decided to solve their differences there and then.

The commotion was later cooled down by the officers who were at the crime scene after being summoned by some of the honorable members to come and enforce law and order before things could get out of hand.

This incident has sparked alot of mixed reactions from Kenyans who seemed to have been confused on why there was an increasing number of chaos and fights between honorable members in the past few months.

With a section of Kenyans claiming that maybe this was the right thing to do because some politicians think they are better than others, others went ahead and called upon the agents from the director of criminal investigations to look into this matter before things get out of hand.

They went ahead and called upon the head of parties who endorsed these honorable members to always make sure they give them harsh punishments because according to them, this is a misconduct which shouldn't be assumed. 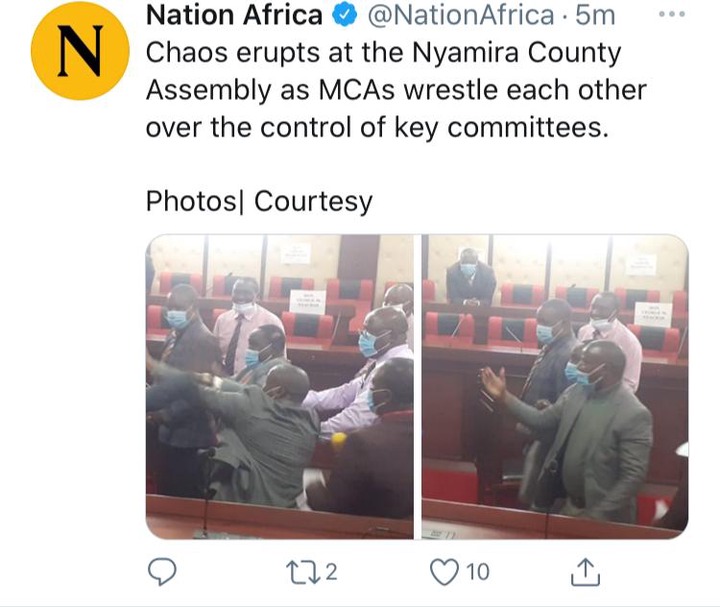