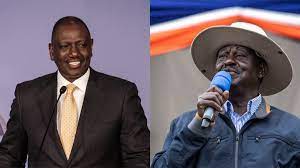 The issue about which political formation between President William Ruto's Kenya Kwanza Alliance, and Raila Odinga's Azimio La Umoja One Kenya Alliance has the majority in the National Assembly is yet to be determined.

After Ruto officially opened the 13th parliament by having a joint address last week on Thursday, the houses will meet tomorrow, with reports that the first thing would be to identify which coalition has majority in the National Assembly.

According to Constitutional Lawyer Danstan Omari, as it stands now, Azimio has the minority, while KKA has the majority, with the view that Raila's team cannot force anyone to remain in their camp. 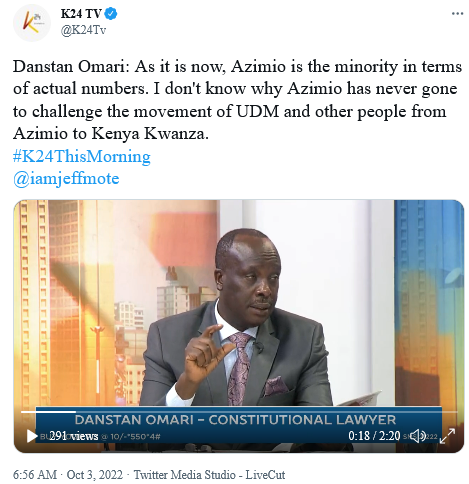 Omari went on to add that Azimio leaders are clinging on to the agreement that anyone who wants to leave can only do so three months after the elections, which is not known to even those who signed the agreement.

"In terms of actual numbers, Azimio is the minority. I wonder why Azimio has never moved to court to challenge the movement of other parties to KKA. The agreement they claim they have was not even seen by the media."

"In parliament, the Azimio side will be whitewashed since they are clinging to something that does not exist. For now KKA is the majority," argued Omari.