A confidant of the late former president Moi has today suffered a major blow after Senate ordered revocation of the tittle deed of a 10 acres land in Kitale. This will see the former Kenya Seed Company CEO lose close to 250 million shilling once the order is implemented.

The Senate Committee on Land, Environment and Natural resources made the order after a conclusive investigation of the longstanding conflict which established that the land initially belonged to Kitale primary school but was irregularly awarded to former president Moi's ally , Nathaniel Tum. 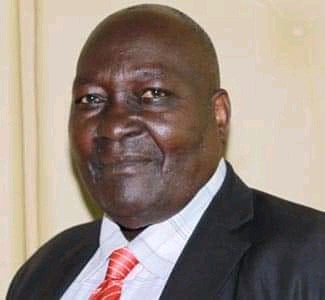 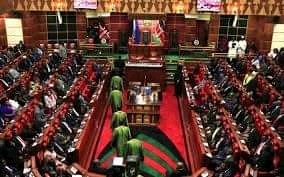 Senate in a past session ( photo ).

The committee chaired by Nyandarua Senator Mwangi Githiomi now wants the ministry of lands to issue a new tittle deed in favour of Kitale primary school and the land be reverted to its initial acreage of 136. 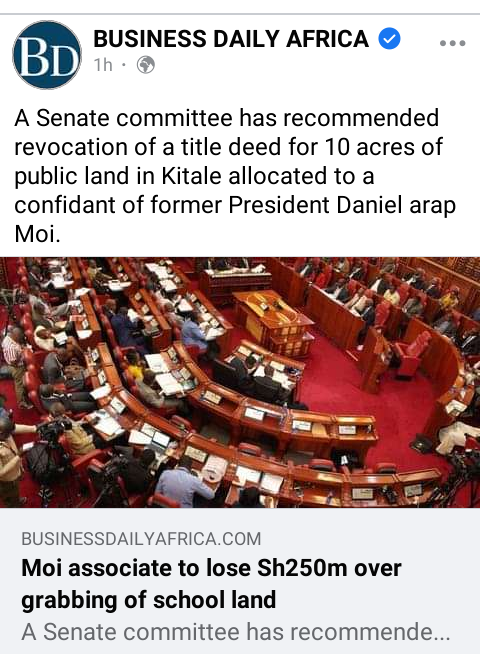 "The presence of a land hook on the parcel of land between Kitale primary school and Nathaniel Tum shows the presence of an illegality because a land hook is a method of indicating on a survey map the existence of contiguous parcels with the same ownership", read a section of the Senate's report.

This becomes the second time since the land had been reversed in 2010 by the then minister for lands Senator James Orengo . In 2013, the investor managed to get another title deed .

Currently Nairobians only Put on Masks When Going to the CBD