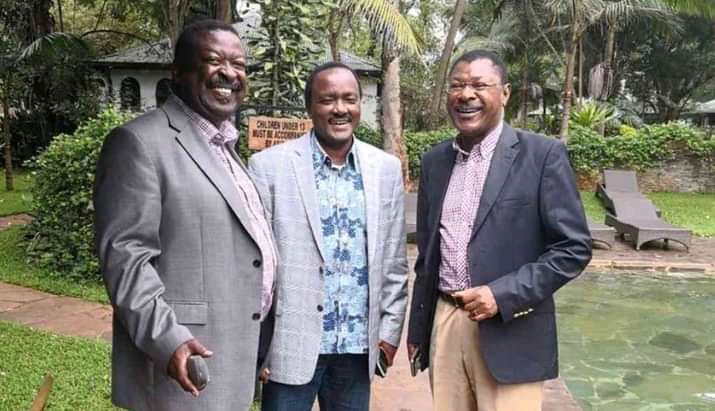 Wiper Democratic Movement party boss Kalonzo Musyoka, a member of the One Kenya Alliance Coalition, has expressed his disappointment with his former political partner the Amani National Congress party leader Musalia Mudavadi for ditching him for deputy president William Ruto.

Kalonzo who took his campaigns to Makueni county revealed that he had planned to serve for only one term as the country's president after which he would handover the leadership to Mudavadi who he was prepared to pick as his deputy.

He stated that considering his age, after serving for five years he would not want to serve any longer and the best move was to handover power Musalia Mudavadi.

He however questioned what Mudavadi will be given in the newly formed Kenya Kwanza alliance under the presidency of deputy president William Ruto.

Mudavadi, Wetangula, Gideon Moi, Kalonzo, and Jirongo were all in OKA, they however parted ways days ago. 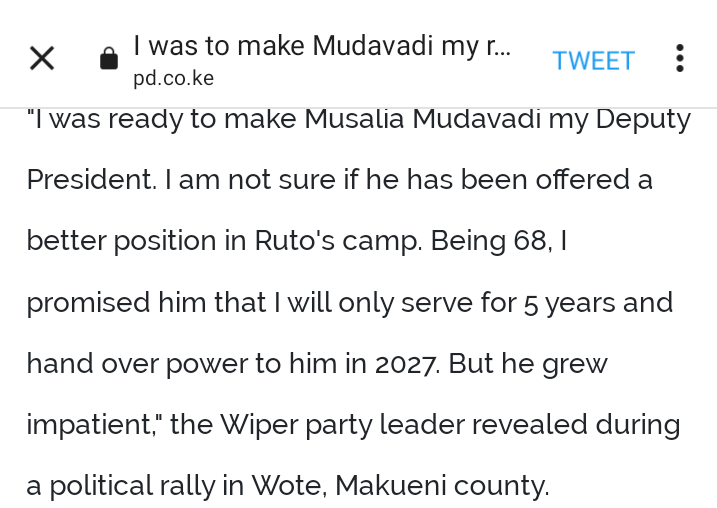 "Thank you Ruto For Endorsing Me" Mt Kenya Politician