Huge Blunders Raila Did While Addressing The Crowd At Homabay County

As we approach to the general elections where we will elect new leaders in less than seven months. Political campaigns are gaining traction by the day as politicians try to reach out to voters. Several DP candidates have entered the presidential campaign. 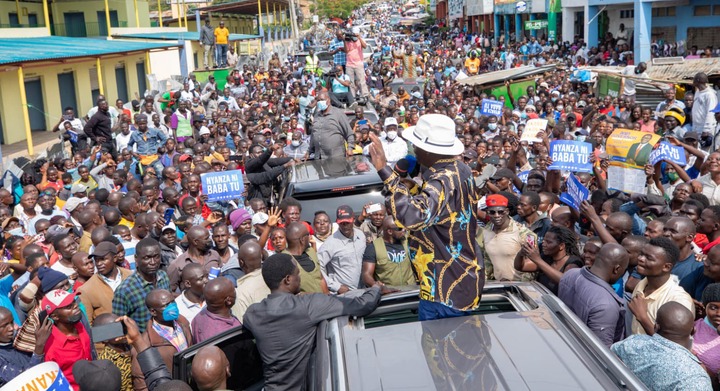 Raila Odinga, Musalia Mudavadi, and William Ruto As the political heat rises, each group appears to be campaigning. Raila returned to his Nyanza backyard. Today, he held a rally in Homabay.

Raila addressed the crowd in true 'dholuo' dialect throughout the gathering. Kijaluo is an ethnic language spoken only by the Luo people. Following the fact that Homabay is now a cosmopolitan village with residents from all over Kenya, particularly Kisii, Kalenjins, and Kikuyus. 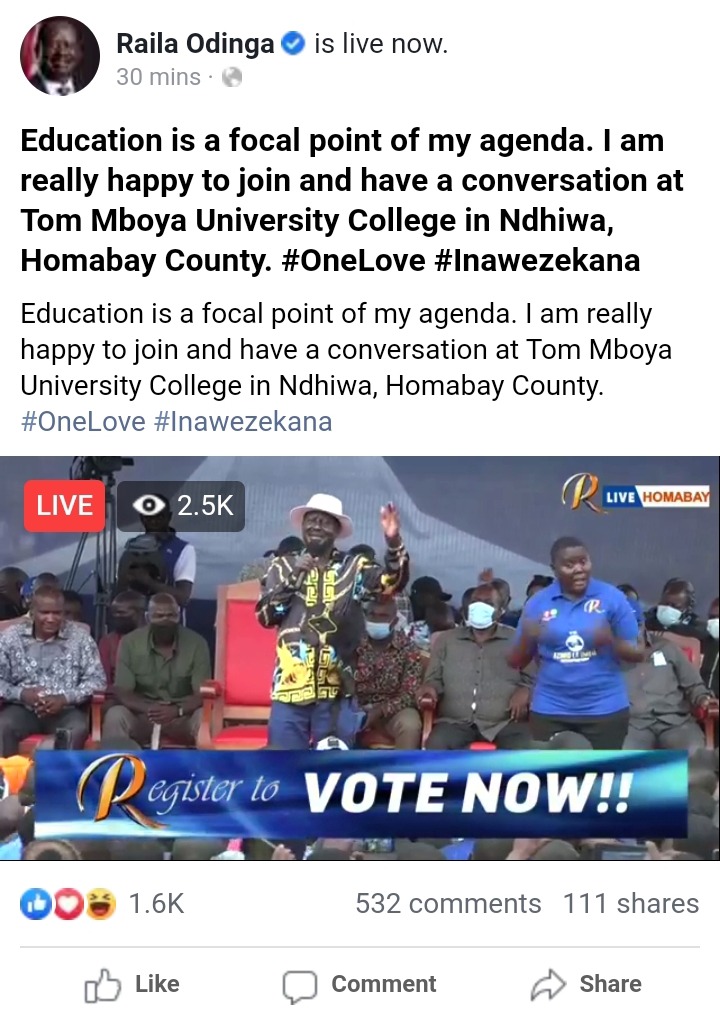 Many of his supporters who don't speak the dialect may take it personally and accuse him of ignoring them. This could jeopardize his presidential bid, as he is likely to lose supporters from Homabay who do not speak his mother tongue.