Why Dp Ruto Should Be Worried About Mount Kenya Votes

By Truthmeter_news (self media writer) | 23 days ago

At the moment it seems that every political leader seeking the high office in the country is trying to be associated with mount Kenya region. The region which for many years is perceived to be a major determinant in Kenya's presidential races is currently becoming a hot cake.

After the president and his deputy fall apart, the deputy president Hon William Ruto seems to have taken the advantage and convinced the region thereby getting some sympathy from the residents. This has greatly influenced his fame in the region. But this seems to have been giving his opponents sleepless nights. Since the dp had even become more popular in the region than the president, many of the politicians then came up with plans on how to reduce the deputy president's fame in the region. According to recent scenes, it now seems that the plans are underway and have already started. 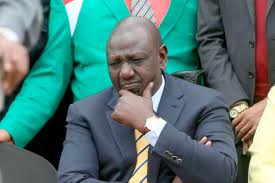 In the past two weeks it has been evident that the ODM leader who currently enjoys a good relationship with the president has decided to face the mount Kenya ground in order to also build his name in the region. With many alleging that Odinga has a green light from the statehouse and the blessings of the president who has in turn instructed some mount Kenya tycoons to sponsor Raila Odinga's campaign in the region. Indeed it seems that Raila's mission might soon come out to be very realistic. With the short time he has been in the region, it is clearly that he has started gaining followers from the place.

For his assurerity Raila has been moving round with top Mount Kenya leaders who have been drumming support for him. This indeed should place the deputy president at a more worrying state considering that he had initially gained almost 80% of the region's support. What this means is that in case this keep the way they are moving then the deputy president has to work extra mile since with him he has no blessings from the president to tour the region. Meaning that in any case the president might decide to use all means to ensure that Raila Odinga gets to have full support from the region.