A photo of the former prime Minister of Kenya and Orange Democratic Movement party leader, honorable Raila Odinga with President Museveni in Uganda sparked Alot of mixed reactions from a number of kenyans who expressed their desire to know why he was in Uganda. 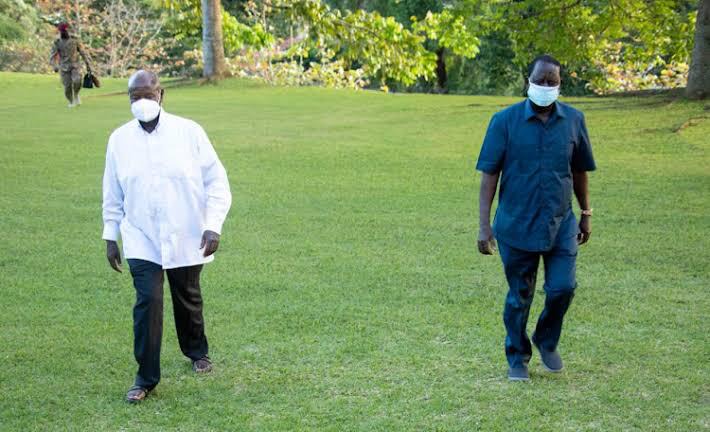 According to the reports given by a reliable source of information, it has been revealed that the former prime Minister of Kenya went to Uganda to commission the opening of a bridge that was built several months ago.

Additionally, it has been revealed that the former prime Minister of Kenya went to the Uganda to have talks with President Yoweri Museveni on how they were going to improve the businesses between the two countries.

While reacting to this incident, kenyans who took to their different social media accounts to express their opinions and suggestions on the matter have congratulated the former prime Minister of Kenya for doing this. 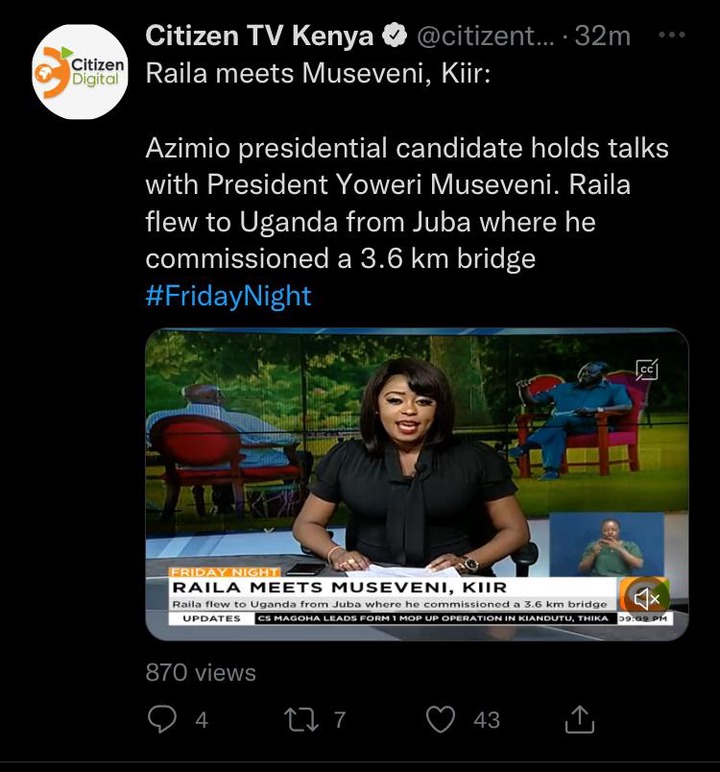 The IT Expert Behind Rutos Presidency Has Been Revealed