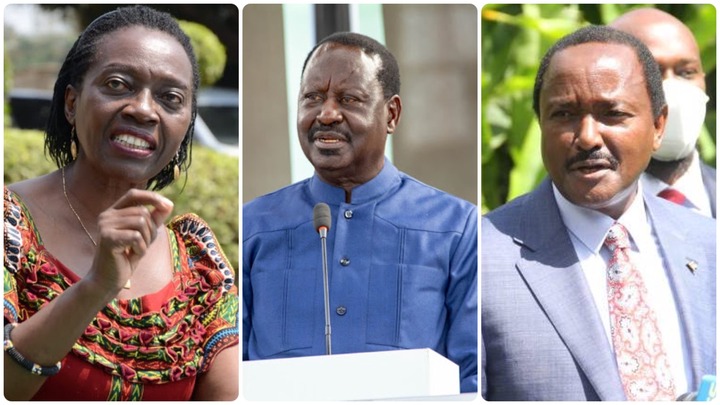 Despite reports that there are ongoing negotiations to have the Wiper party leader Kalonzo Musyoka rejoining the Azimio Camp ahead of the August polls, a section of his allies have urged him not to team up again with Raila Odinga, who is the Azimio La Umoja One Kenya Alliance presidential candidate.

The allies have advised Kalonzo to go straight to the ballot after he announced his bid, and unveiled his running mate, Mr Andrew Sunkuli.

According to Machakos Senator Agnes Kavindu, Kalonzo feels betrayed by the nomination of Narc Kenya Party leader Martha Karua as Raila's running mate, a move she claims comes after Raila and President Uhuru Kenyatta assured Kalonzo that he would get the running mate position if he abandoned his State House bid and support the ODM leader. 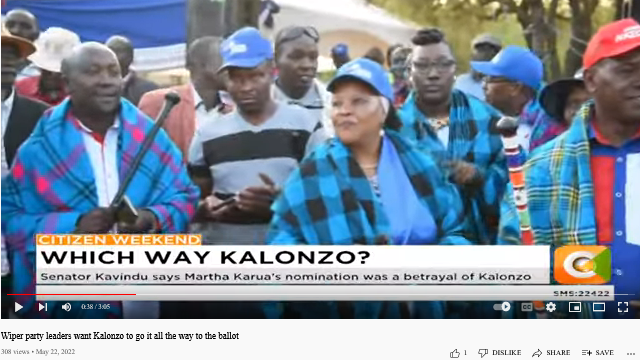 "In this third time, Raila has assured Kalonzo that he will get the running mate position, but he bypasses him and got his deputy from another region, that is the only reason Kalonzo bolted out of Azimio. If they will not give Kalonzo want he wants in Azimio, they since he chose Sunkuli, we will support him and we will move on," said Kavindu.

Kalonzo's move has been received with mixed reaction across the Kamba Community with professionals and members of the clergy telling Kalonzo to rejoin Azimio, and take up the Chief Cabinet Slot, while his allies argue that the position is unconstitutional and thus not tenable to the Ukambani kingpin.

How Rigathi Gachagua Was Welcomed In Laikipia County Today

"Your Standard Is Above This, Don't Be Babyish" SC Ahmednasir Takes Swipe On Junet Over His Remarks