Turn Of Events As Kalonzo Is Told To Avoid His Key Advisers, Warned On How They Ruin Will His Future

After Kalonzo Musyoka announced that he will run for Presidency come August general elections, various leaders have expressed their thoughts on which political direction he should take to avoid being locked out of upcoming government. 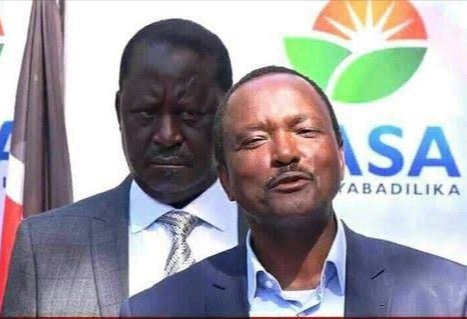 Just immediately after announcing his political ambitions, Kalonzo Musyoka decided to take a break something which is abnormal for any political in which many expected him to launch his campaigns and assign duties to his allies.

This therefore has led to mixed thoughts among the citizens of this nation on why he decided to take a leave.

Makau Mutua, Azimio spokesperson, has clearly exposed the key advisers who are misleading him in his political career.

Taking to his Facebook page account, the self-proclaimed lawyer argued that Mutula Kilonzo junior, Kiio Wambua and Dan Maanzo are the people who are misleading the leader and Kalonzo should avoid them by any means.

“Kalonzo Musyoka has three advisors who have misled him. The trio of Senator Mutula Kilonzo, Kiio Wambua and Daniel Maanzo are not good for him. The three are ruining his political career and future. He should ditch them. Democracy is about give-and-take. This is what extremists don't understand.' quoted the leader. 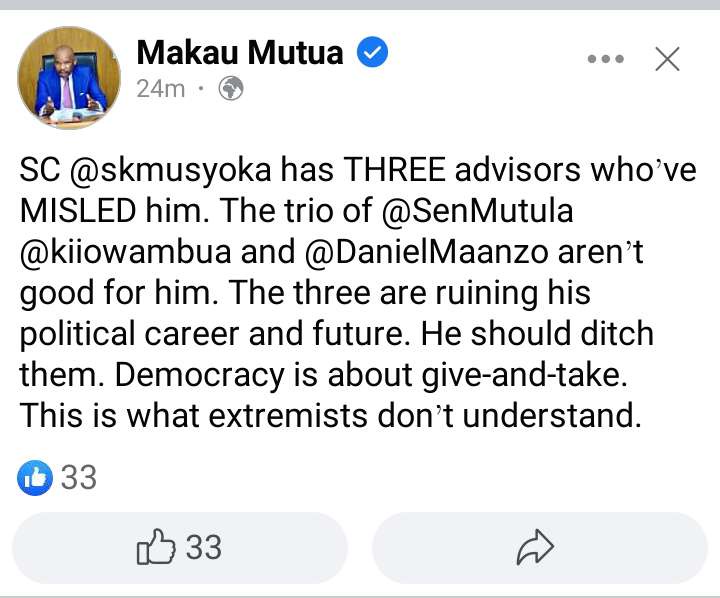 7 Principles that Will Help you Develop Unstoppable Consistency.

RIP: Photo Of Azimio Politician Who Died Barely A Month To General Election