By Githuria44 (self media writer) | 1 month ago 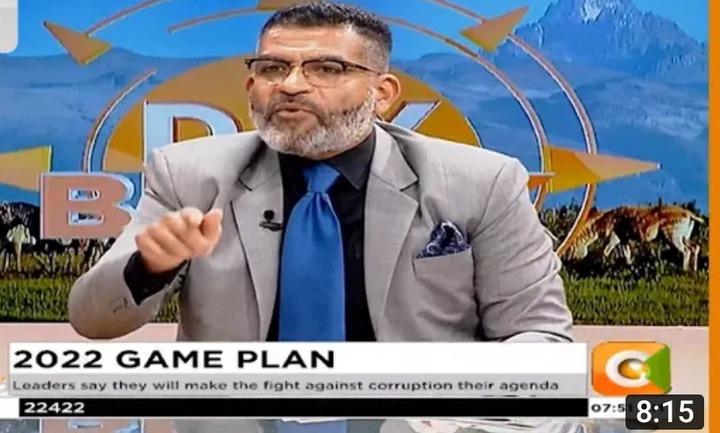 Mvita Member of Parliament Abdulswamad Shariff Nassir has lashed out at Deputy President William Ruto and his supporters implying they are stealing from poor Kenyans.

"Stop stealing, you're stealing and the worst part is you're extorting poverty. You steal and after stealing you go back and you leave them there," he said.

"Do you know the person you're trying to glorify, everywhere he goes there's violence? Violence because you're extorting poverty. You can't go somewhere and tell people that nawacha hapa milioni mbili na nusu and you've just left with your chopper. You're leaving people and they don't know how that money is being distributed," he added.

Nassir, who was appearing on the show alongside Nyeri County Assembly Speaker John Kaguchia, defended the BBI initiative of President Kenyatta and Mr. Odinga saying it is the key answer to devolution in Kenya and not the bottom-up economic model.

"If you want to be a good liar you better have good memory. Raila Odinga is still fighting for devolution in this country. Where you (Nyeri Speaker Kaguchia) come from you've got MCAs right now who are complaining that there is no development in their particular wards. What Raila fought for was that in every single ward there would be a development fund," said Nassir.

Speaker Kaguchia, on his part, rubbished Nassir's claims stating that Kenyans have already bought into the bottom-up economic model.

"The stealing is an old cliché that the ODM and the handshake movement has been selling and now it is old, it is tired," he said.

"Kenyans have bought into the bottom-up economic model even now the politicians who have never said anything with economic models now can talk about it in this country. We are happy the debate has changed and I can tell you it's bottom-up all the way."

2 Mistakes Raila Is Making That Could Cost Him Presidency (opinion)