A failed attempt to amend Kenya' s progressive constitution less than a year before elections exemplifies the ongoing conflict between the rule of law and Kenya' s political elite' s basic tribal impulses. President Uhuru Kenyatta and his supporters supported the effort to modify 74 provisions of the 2010 constitution. It was declared null and void by Kenya' s High Court in May 2021. A majority of the court of appeals eventually upheld the ruling, calling the Constitutional Amendment Bill 2020 invalid. 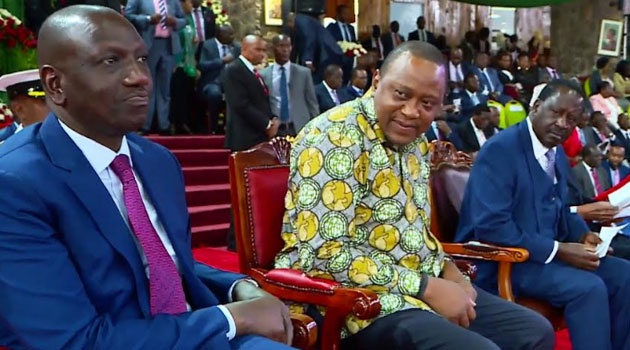 The judges determined that Kenyatta could not pretend to be an ordinary person in order to begin constitutional revisions. The constitution allows for two ways to modify it. These are either popular citizen initiatives or parliamentary initiatives.

The appellate court also criticized the procedure, ruling that the proposed revisions were forced through illegal means. Bribery, intimidation, coercion, and exploitation of state agencies and security apparatus were all part of it. Furthermore, the electoral committee entrusted with supervising the process was not properly formed. 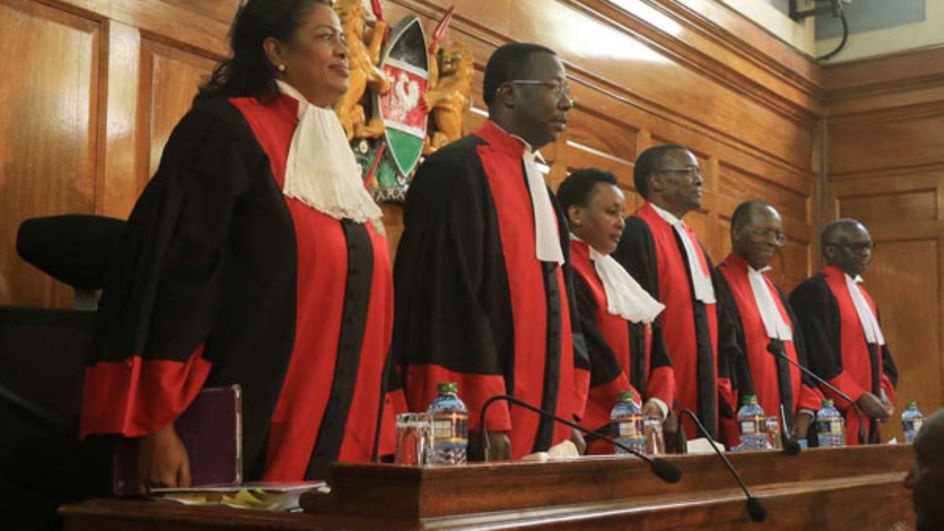 The bill is commonly referred to as the Building Bridges Initiative. Increased presidential powers and a larger executive were among the regressive reforms it incorporated. A conspiracy by the incumbent to abolish the separation of powers was equally concerning. This included giving the president authority over the judiciary. The reforms would have also blurred the boundaries between the executive and the legislature. 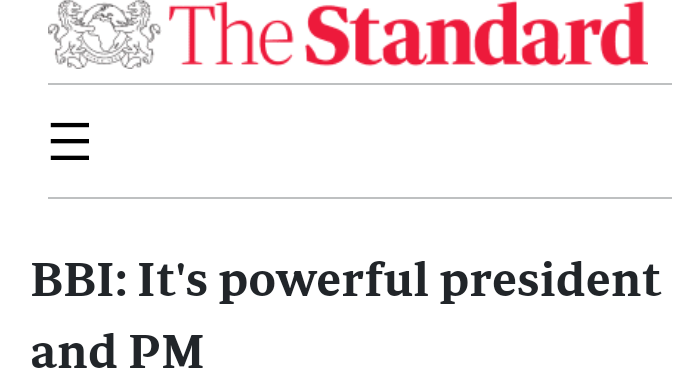 The proposed new posts of prime minister and two deputies were apparently intended to address the historical regional disparities established by personality politics. Kenyatta and his competitor turned ally, Raila Odinga, both prior masters of ethno- regional political mobilisation, fantasized that an expanded executive would neutralize ethno- regional cabals' domination over Kenya' s politics and economy.

They also maintained, unconvincingly, that additional executive seats, rather than social justice, were the solution to Kenya' s combative and sometimes violent elections.

Kenya has been economically and politically excluded since the colonial era. Kenya' s first president, Jomo Kenyatta, intensified rather than demobilized these politics. 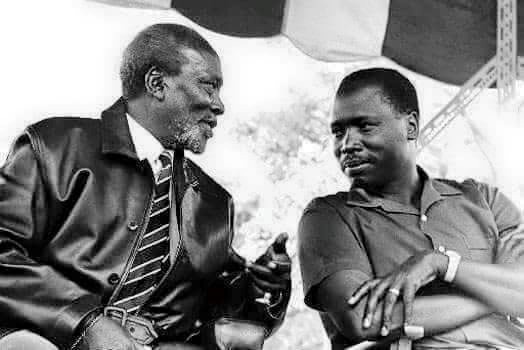 He accomplished this by enormous corruption, land grabs, ethnicization of the state, repression of the opposition, political assassinations, and inequitable allocation of national resources. He excluded his opponents as well as the communities from which they came. This helps to explain the country' s persistent per capita and regional economic discrepancies. And the fact that Kenya' s previous presidents, their families, and close associates are among the country' s richest. 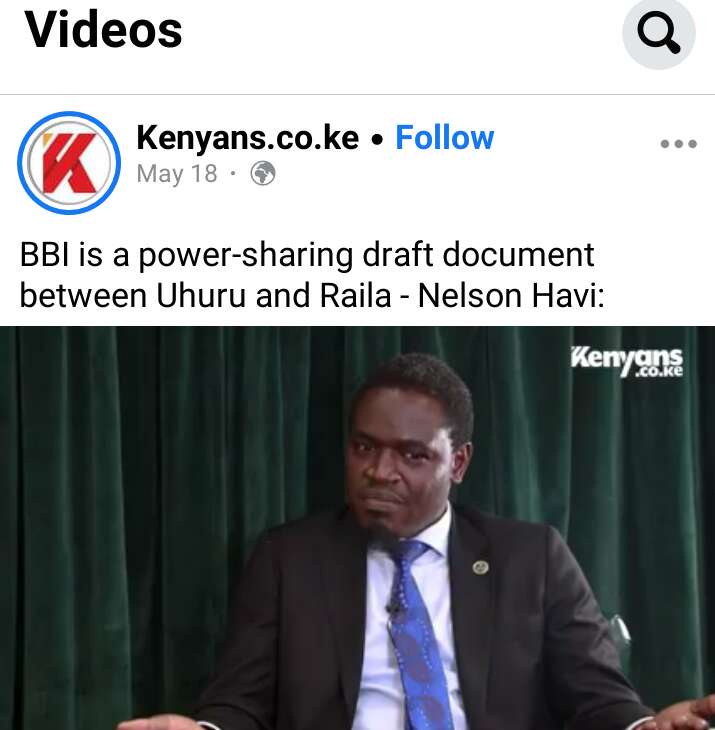 As a result, it is difficult to believe that a political elite accord would have addressed economic and political discrimination. After all, Kenyans have observed power- sharing between political adversaries before.

The Political Falling Out

The Kenyatta- Odinga agreement is an example of power- sharing that has deepened social differences and elite fragmentation. It has accomplished this by isolating Kenyatta' s deputy, William Ruto, and his followers. Ruto' s backing was critical in Kenyatta' s ascension to power. 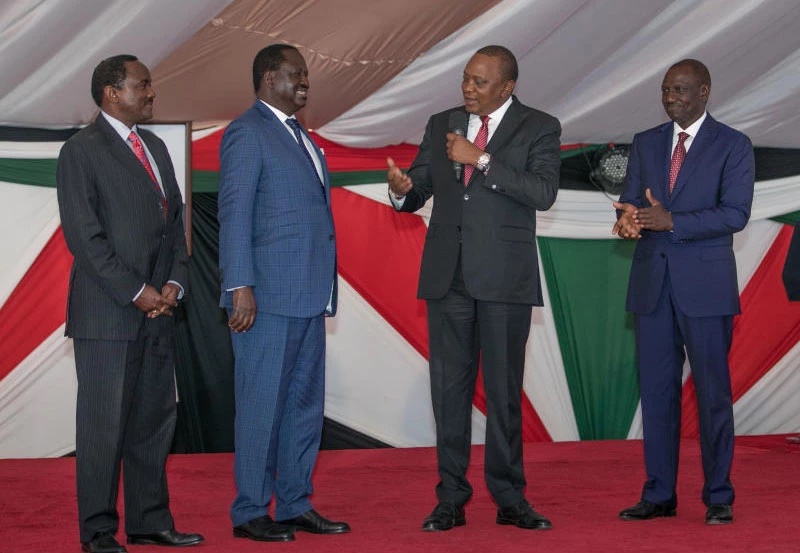 Kenyatta and Ruto fell out immediately after gaining re- election to a second five- year term in 2017. The heated spat has offered more proof of Kenya' s ongoing personality- driven politics of deception and treachery, which has frequently led the country to the brink of disaster since independence. It is reminiscent of the epic feud between Jomo Kenyatta and the man who battled the hardest to pave his way as Kenya' s first president– vice president Jaramogi Oginga Odinga. 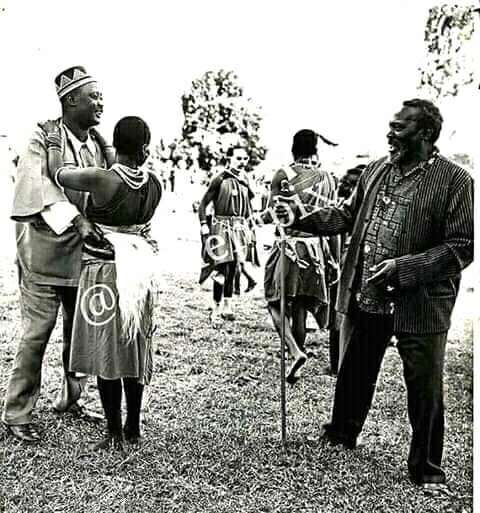 Fast forward to 2021 for another round of Kenya' s tragi- comical political thriller starring the children of senior Kenyatta and Odinga. Raila Odinga, Odinga' s scion, who earlier accused Uhuru Kenyatta of manipulating the election, is now his de facto deputy. Kenyatta now appears to want Odinga as his successor and has sponsored his fifth presidential attempt.

Kenyatta is adamant about preventing Ruto from replacing him. Despite the fact that they were elected on a combined ticket, this is the case. He delegated Ruto' s responsibilities to a trusted cabinet minister. Ruto' s cronies were also removed from positions of leadership in parliament and replaced by Kenyatta- Odinga supporters. 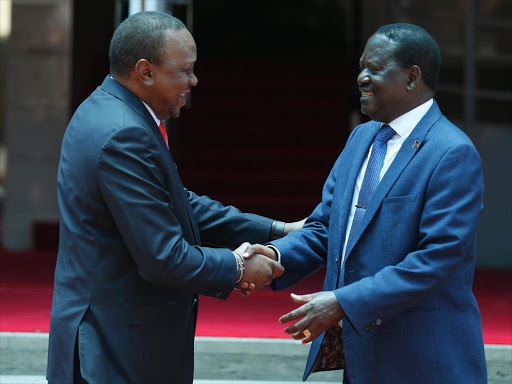 The special security unit assigned to Ruto was recently replaced by normal cops.

Odinga, Kenyatta, and Ruto, however, are philosophically indistinguishable. They are regressive, opportunistic, anti- institutions, and skilled at tribal mobilization. 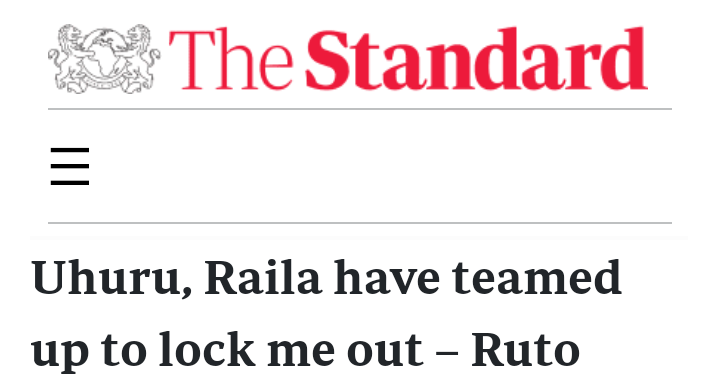 Even if Kenyatta and Ruto' s feud is unsurprising, their constant public outbursts auger badly for Kenya' s stability. In the event that the presidential elections in 2022 are rigged, Kenya might devolve into violence once more.

A Game of Musical Chairs

The proposed constitutional amendments were a daring attempt to entrench the political elite in law- making. These modifications would have jeopardized competitive multiparty politics. They would also have promoted ethnic barons, whose legitimacy is based on tribal mobilization, and would have perilously bound Kenya' s future to their whims. 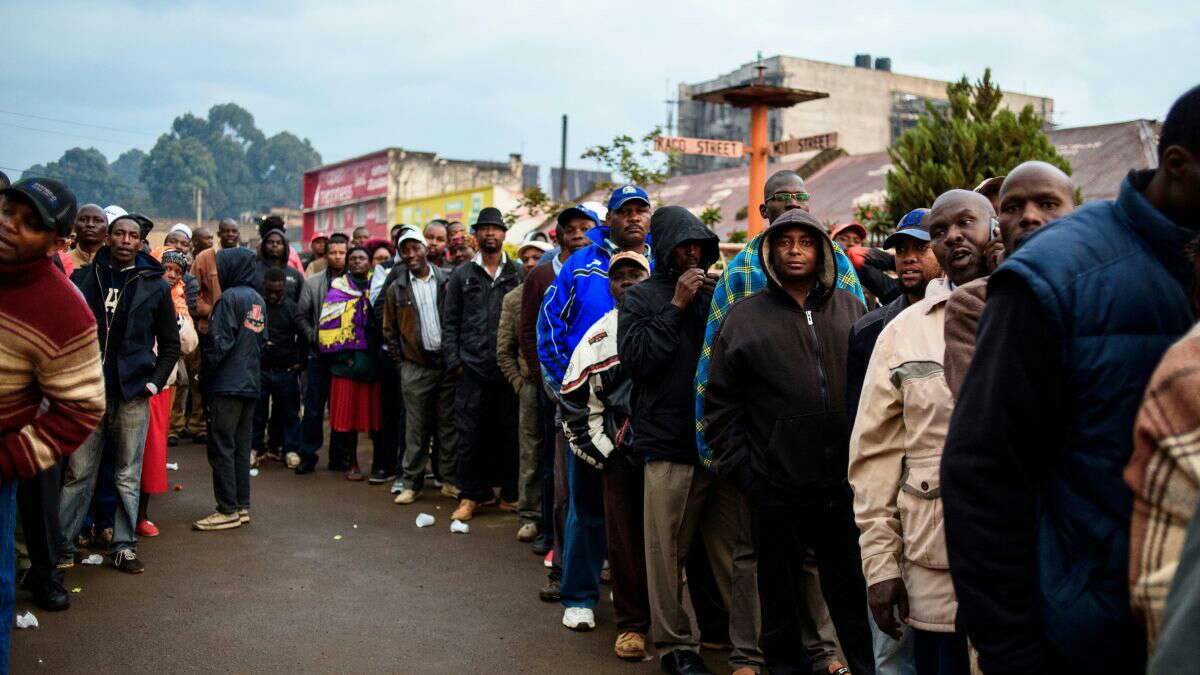 As I have already said, expecting Kenya' s incestuous plutocracy to protect and apply the constitution is unrealistic. This is due to the fact that it has a vested stake in state dysfunction.

The ruling elite reincarnates through political position and wealth inheritance, similar to feudalism. They have economically entrenched themselves as a result of their political influence. This kleptocracy, in my opinion, is the most significant impediment to competitive pluralism and Kenya' s development. 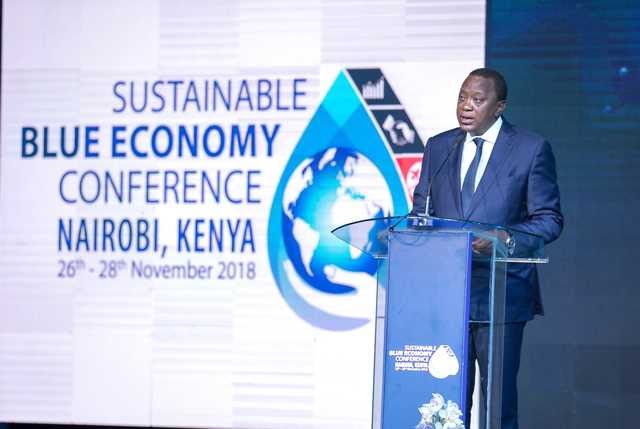 The Kenyan judiciary is not without flaws. Corruption and bribery continue to be a burden. And it is tardy in delivering justice. Furthermore, it has a history of executive involvement and nominations and promotions contaminated by ethnicity. 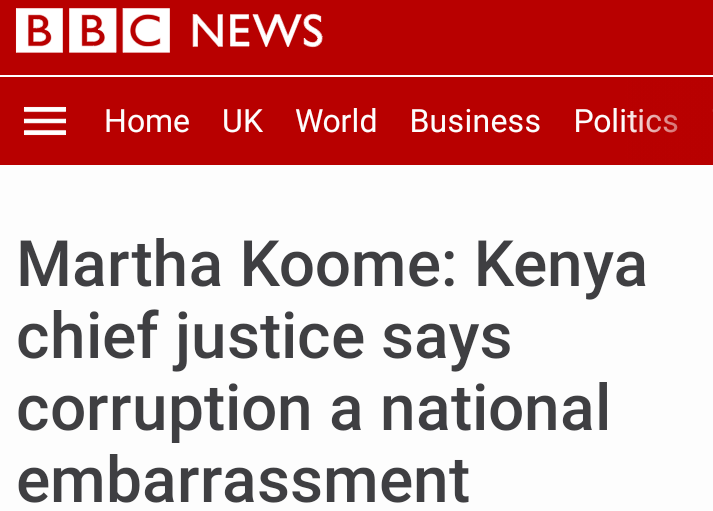 However, the courts have been more assertive in their opposition to a disorderly executive. The annulment of the presidential elections in 2017 due to fraud, as well as the subsequent reversal of constitutional amendments, confirm this. Kenya' s court has established itself as the bulwark of its democracy and rule of law with these historic judgements.

What is Hidden in the Political Storyline?

The post- colonial political narrative of Kenya repeats again. The independence constitution was shredded to fit the personal interests of the first- generation leaders. This resulted in social, economic, and political challenges that the country has yet to overcome. Corruption, inequities, and impunity are examples of these. State and political violence, as well as flagrant contempt for the rule of law, are manifestations of this history. 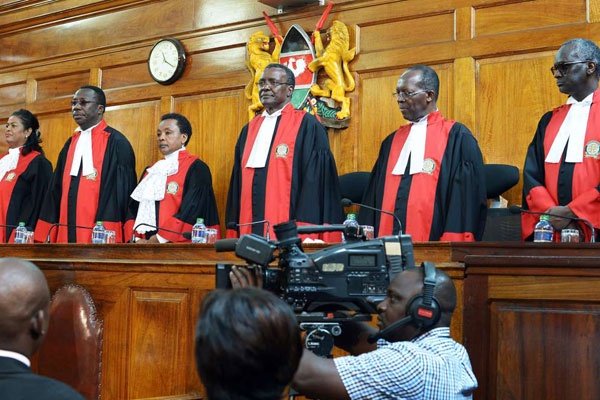 Constitutionally, the president is a symbol of national unity. Kenya' s successive presidents, though, have been breeding grounds for discord since the country' s independence. They have served as the pivot of tribalism, fueled by impunity and massive corruption. All were mired in parochial politics and failed to rise above the insignificance of self- interest. Kenyatta is no exception. 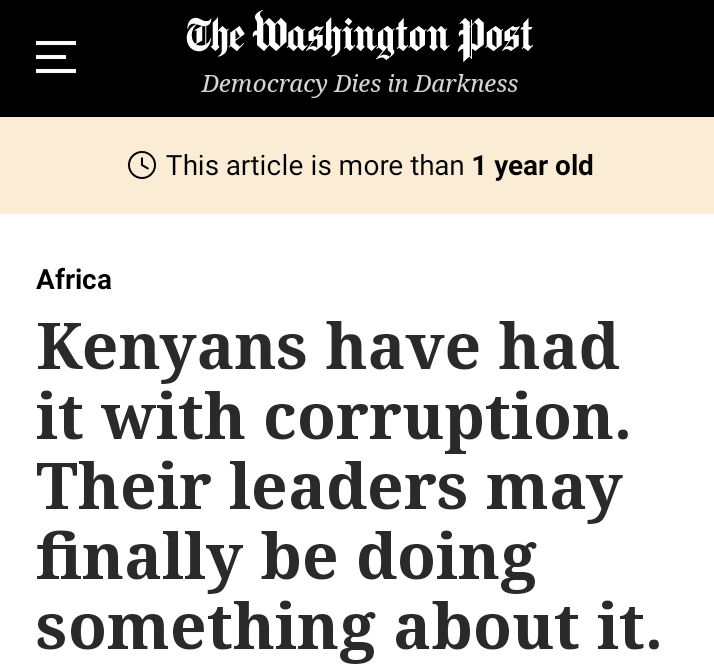 BBI Reggae Is Back: Inside Uhuru-Raila Plans To Revive BBI Reggae