By Festusmichira. (self media writer) | 3 months ago 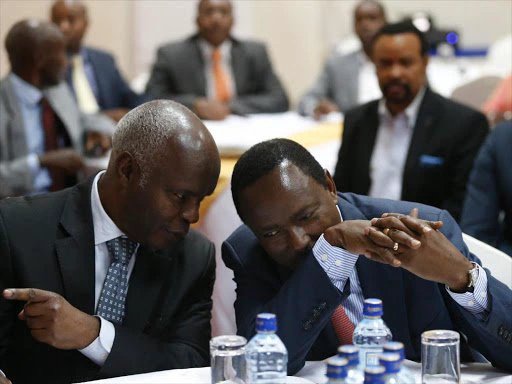 Kivutha Kibwana, Governor of Makueni, and Kalonzo Musyoka, Wiper Party leader, confer at a Wiper Party members' meeting at the Panari Hotel in Nairobi on January 17, 2018.

Kibwana, the governor of Makueni, has alleged that Wiper leader Kalonzo Musyoka is battling for his political life in the Ukambani area.

On Thursday, Kibwana stated that the region's support for the Wiper leader has eroded and there is rising anxiety among leaders and the people of Ukambani.

The governor stated that this is why the community will not support him all the way to the voting box.

"This notion that he continues to receive the level of support he did previously is not necessarily tenable," Kibwana remarked on Citizen TV.

He said that while some of Kalonzo's supporters have urged him to proceed to the election regardless of the outcome, the people of Ukambani do not wish to fall into a ditch.

The Makueni Governor stated that Kalonzo's presidential bid will not result in their formation leading the country.

"Some people overate him, but we are telling him that you will do what we ask of you as a community and that we will not expect you to stand alone till the end," Kibwana explained. 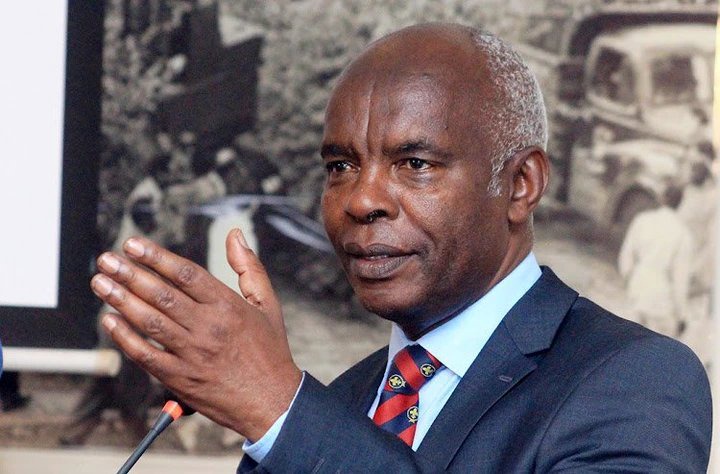 This comes as Kalonzo maintains that he will go to the polls despite ANC leader Musalia Mudavadi and Ford Kenya counterpart Moses Wetangula abandoning the One Kenya Alliance in favor of a coalition with Deputy President William Ruto.

The Wiper National Executive Committee determined on Monday that party leader Kalonzo Musyoka will contest the August election all the way to the ballot box.

Chirau Ali Mwakwere, the party's chairman, stated that the former Vice President could not withdraw from the race until urged to do so by the party in a decision reached at a national delegate's conference.

"Kalonzo Musyoka, our party's leader, cannot withdraw from the race. The NDC decided on his candidacy. We had agreed that he would run for president, "he explained."