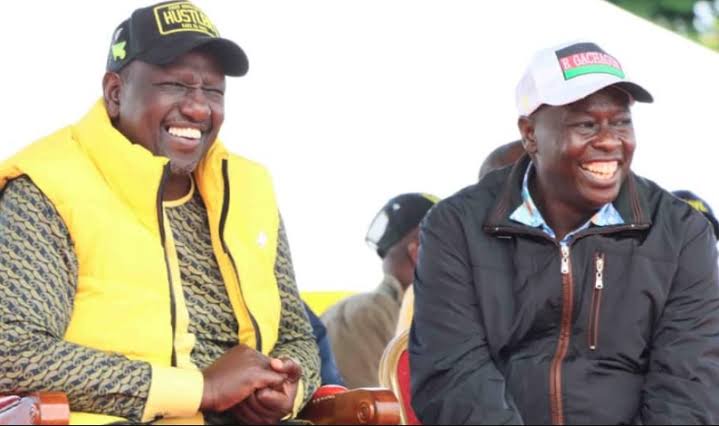 While some of the Mount Kenya areas of Nyeri are celebrating, Raila Odinga's team are hitting out at the picking of Gachagua as a running mate.

According to ODM party leaders led by Junet Mohamed who spoke yesterday, Gachagua is a corrupt person,who should not be near the top leadership of the country.

But now Gachagua has responded to such claims as allegations with no grounded evidences.

The DP Ruto's running mate,who was once President Uhuru Kenyatta's aide,has said that he is innocent till proven guilty by the court.

He adds that the allegations were politically motivated since he was against the Handshake between President Uhuru Kenyatta and Raila Odinga.

"The allegations levelled against me are politically motivated.I was against the Handshake and this issue came up.I am innocent till proven guilty.I became rich during President Kibaki's time.While I was helping Uhuru,I was not being painted but immediately I moved out,thing of corruption popped up," Gachagua told Citizen Tv Digital.