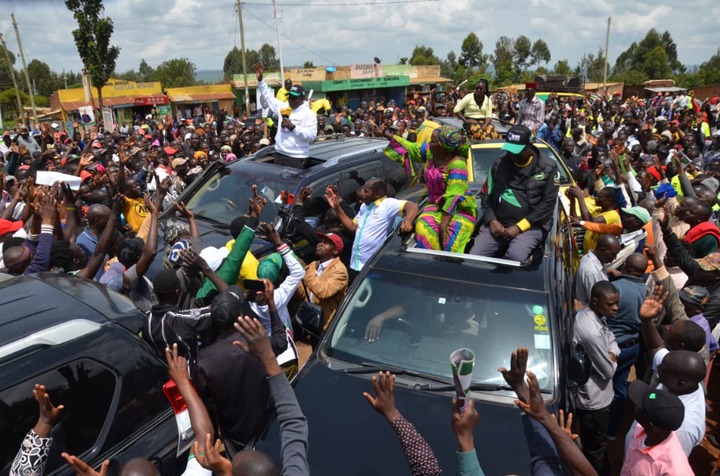 Speaking during a Kenya Kwanza campaign rally in Bungoma, Lusaka has warned the team led by Defence cabinet secretary Eugene Wamalwa to stop defrauding the minds of electorates in the region.

"It is so sad that they can move around commissioning projects which they know will not be implemented soon," he said.

He has laughed off the Azimio team citing that the government expenditure closes in this month of May.

"Any other expenditure will come up after August elections, our people should not be cheated like that so that they can vote in their favor," he added.

Lusaka has expressed his dissatisfaction with the character of launching single projects for multiple times and failing to implement them.

His statement seems to be directed at Misikhu-Brigadier road which has been launched three times and the KOICA water projects which the main leaders he blames being Eugene Wamalwa and incumbent Bungoma Governor Wycliffe Wangamati.

It should be remembered that senate speaker is contesting for Bungoma Governor seat on Ford Kenya ticket and has promised to restore sanity in the county.

What is take on this? Kindly give your opinion and share the story.