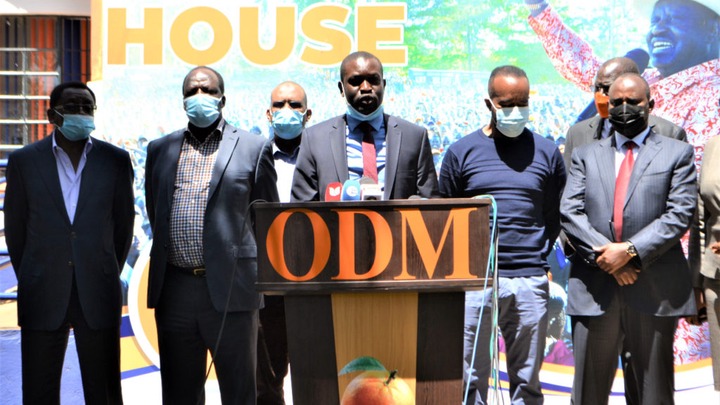 The race to succeed different political leaders for Nairobi County's top leadership positions seems to have taken shape, with each political faction racing against time to present their candidates to the city dwellers.

However, it is Raila Odinga's Azimio la Umoja faction, which involves Jubilee and ODM parties that has gotten the attention of the country, with different leaders allied to the former premier expressing interests for Nairobi gubernatorial and senatorial posts.

Among those who have come out to declare interests under Azimio umbrella include Jubilee politician Richard Ngatia, incumbent governor Ann Kanani and West lands MP Tim Wanyonyi.

An online post alleging Raila's preferred team for the city's top seats has emerged. In the post, Raila has been fronted as the presidential candidate, Anne Kananu as Azimio's candidate for gubernatorial seat, Tim Wanyonyi as Deputy Governor, Maina Kamanda for Senatorial seat and Anita Nanjala for Woman Representative post. 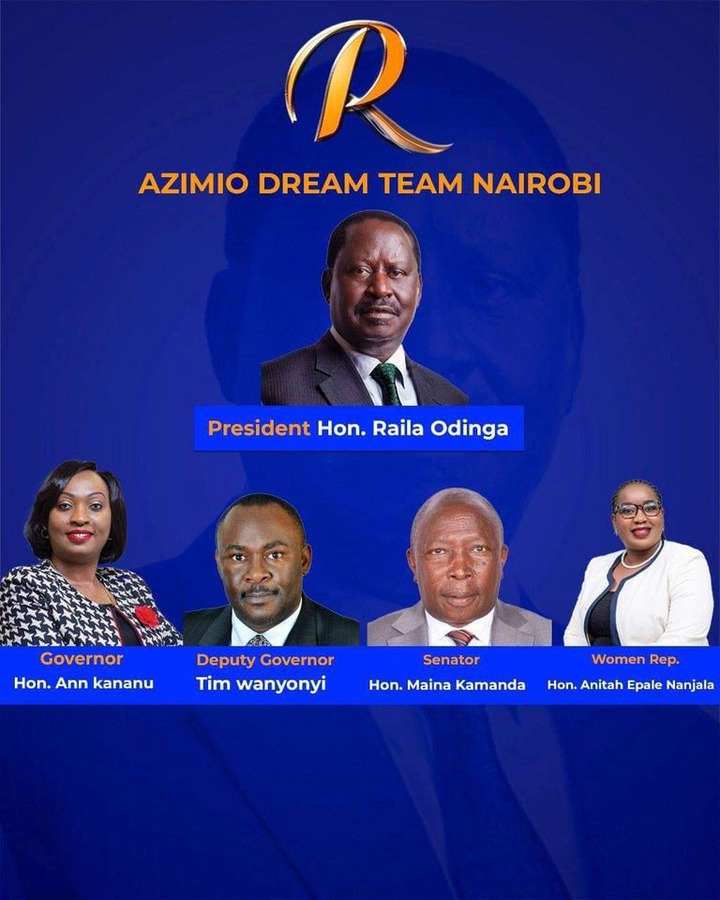 However, this remains just speculations since Azimio la Umoja camp has not come out to publicly reveal its preferred candidates. ODM Party Secretary General Edwin Sifuna has maintained he will be on the race to succeed Senator Johnson Sakaja as the next Senator.

Already, Tim Wanyonyi has maintained he will not shelve his ambitions for anybody, pledging to go all the way to the top as ODM party candidate. Tim warned those hoping to take advantage of the Azimio movement saying it is the people of Nairobi who will elect their Governor and not a section of leaders.

Senator Johnson Sakaja has also expressed interests for the county's top seat and will most likely square it out with Bishop Margaret Wanjiru for Kenya Kwanza Movement ticket.