By Shadow_Walker (self media writer) | 9 months ago 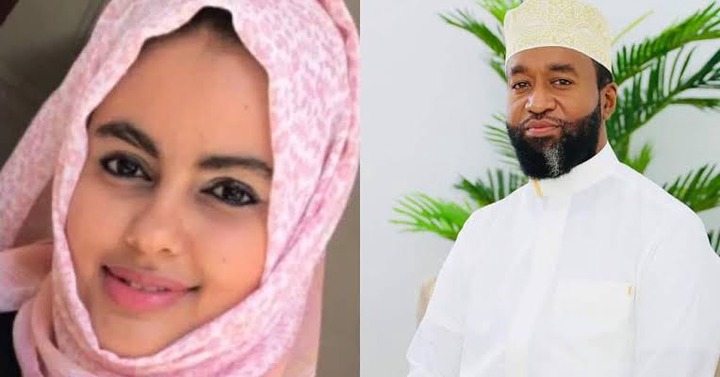 Mombasa governor Ali Hassan Joho came out to say that he is ready to give child support but he will not get his ex-wife Fazzini a new house.

After the divorce, Joho's ex-wife Fazzini came out to issue some demands after the two dissolved their marriage.

Fazzini was married to Joho under the Islamic Law on February 11th, 2011; and went on to get two daughters who are now 9 and 8 years old.

On 26th January 2022, Fazzini went ahead to file a divorce case at the Kadhi's court in Mombasa because their marriage had broken down and there was no chance of a revival.

On 4th February this year, Joho went ahead through his lawyer to accept the divorce that the wife went ahead to file for.

A certificate of divorce was issued by the chief Kadhi on the same day; as Fazzini attended the court case in person while Joho sent his lawyer to represent him.

Now, according to reports, the ex-wife demanded some things including a house and child support amongst other things from the flamboyant governor.

Therefore, Joho accepted to support the children but declined to buy the mother a new house; as they are still under 18 years and are obliged to be under the mother's care.

He was categorical that he will only support the family; and even went on to provide evidence that he's been supporting the children and their mother.

In a court document, Joho said that he doesn't oppose the divorce and the custody of the children; after all he is allowed reasonable access to his children.

What are your thoughts about this matter? Put down your comments below in the comments section.

Content created and supplied by: Shadow_Walker (via Opera News )

Why You Should Date A Godly Partner