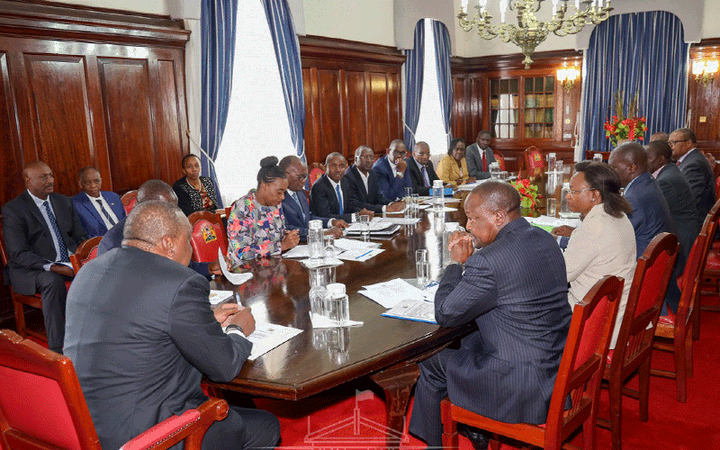 It has emerged that the Kenyan Head of State president Uhuru Kenyatta could have talked to some of the top Cabinet Secretaries making them not to resign from their positions.

This has been disclosed by the Wednesday Star newspaper which reports that the president personally talked to the top Cabinet Secretaries and convinced them to walk with him to the end of his term.

"It is reported the President could have prevailed upon some of his close and trusted allies to forgo their political ambitions and stick with him to the very end, Election Day, August 9."The Star newspaper reports. 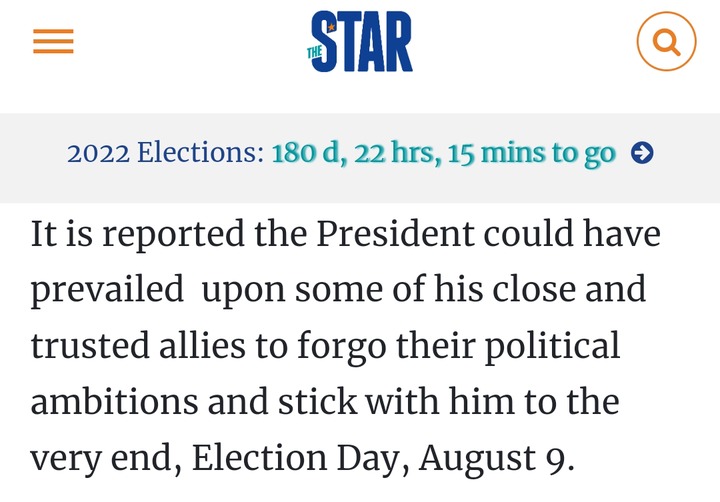 However, it has emerged that only his most trusted Cabinet Secretaries were prevailed upon by the Head of State president Uhuru Kenyatta not to resign six months to the next general elections.

Analysts have predicted that those who could have been talked to by the Head of State president Uhuru Kenyatta and had declared interest in joining politics could be led by the CS Agriculture CS Peter Munya.

His Finance Ministry Ukur Yattani had also declared interest in joining politics bit ended up not residing on Tuesday with analysts saying that his docket is so crucial that the Head of State president Uhuru could have talked to him.