Stop pretending you care about Uhuru- Raila told off 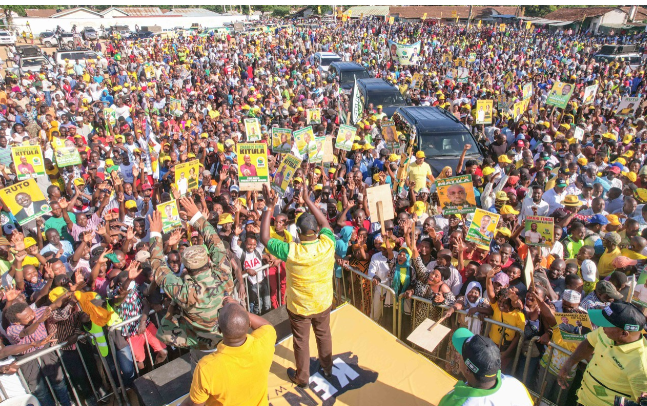 Raila Odinga, the head of the ODM, is the target of a new attack from Deputy President William Ruto over his support for President Uhuru Kenyatta.

The incident occurs against a background of the President and his deputy's continuous verbal combat.Ruto dissed Raila in a statement on Monday, claiming that he was being hypocritical by claiming to support President Uhuru yet never supporting him during the three times he ran for office.

"Enough with the show. ODM has to quit acting as though it values President Uhuru Kenyatta more than the people who voted for him resoundingly in 2013 and 2017 and more than those who toiled painstakingly to elect him. those who backed him up. Put a stop to this fraud, "In a tweet, he stated.The DP's response comes a day after he faced harsh criticism from individuals connected to Raila following an audio clip that was leaked in which he said he nearly slapped Uhuru.

In the video, Ruto is heard discussing the conspiracies that surrounded the 2017 presidential election's annulment.The DP claimed that President Uhuru was on the verge of giving up the presidential race after the 2017 elections were declared invalid.

In the audio clip, he asserted that Uhuru had actually instructed him to abandon their candidacy for the presidency.The situation was so heated, according to the DP, that Uhuru even informed him that he was leaving for his isolated house in Ichaweri, Kiambu county."I left this place and traveled to State House. Because we are males, I don't want to say what I saw him doing. He started to display signs of giving up there. He informed me he intends to visit Ichaweri. He informed me that we had ended our campaign for the president. I told him as I turned to face him, "You, it is out of respect, but I would have smacked you.""

Speaking in Kithirune, Central Imenti, in Meru County on Monday, Ruto indicated that he had no intention of allowing Raila Odinga to usurp Uhuru as president.The Second in Command noted that he spent more time advocating for Uhuru than the President during his 2017 presidential campaign.Because the President was a close friend of mine, Ruto said, "I used to get up and hold three campaigns before he got up because there is no way I would let Raila take that seat away from him."

He enquired as to whether Azimio backers wanted those who had voted for Uhuru's reelection at 4 am to let their efforts be undone.