Former President's Body to be Exhumed Following a Court Ruling 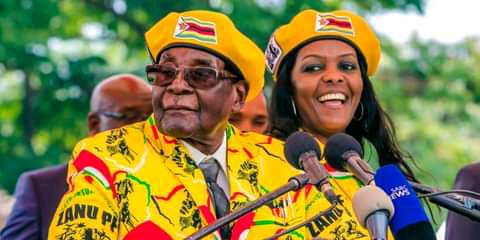 A dramatic twist of events have rocked Zimbabwe after a controversial ruling by the country's high court.

The court has ruled that the remains of Zimbabwe's first president, Robert Mugabe, be exhumed with immediate effect. The body will then be laid to rest in the national shrine.

The court has further ruled that Mugabe, being the founding father of Zimbabwe, is a national hero and it was a mistake for his body to be laid in his private home.

Robert Mugabe died on September 6th 2019 in a Singapore hospital after he was suspected to suffer from cancer. He died aged 95 years, almost two years after a military coup ended his 37 year rule.

His burial took place on 28th September 2019 at his rural home of Kutama.

A few weeks before the burial, a row was experienced between his family and the government on where would his body would be buried.

Sources then indicated that Mugabe's family had earlier agreed to a government request to bury him at a shrine in Harare capital. The family had also demanded a hilltop mausoleum to be built in order to separate him from former comrades.

However, the government afterwards claimed that the family had abruptly changed its mind and that the body of Mugabe had to be buried in his rural home. 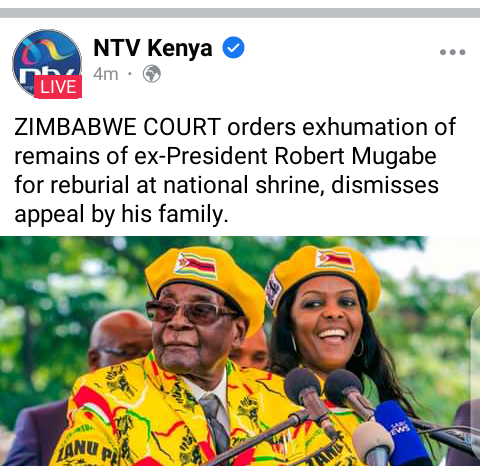